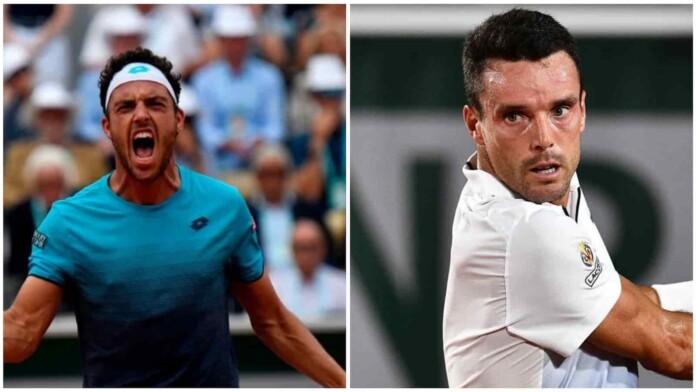 The World No.11 has already made two finals this season in Montpellier and Doha. Later, he also reached the semis of the Miami Masters, where he was downed by the Italian sensation, Jannik Sinner. Agut’s clay season hasn’t got off to a flying start, as one would expect from the veteran. After losing in the third round in Monte Carlo to Andrey Rublev, he was once again out-gunned by Sinner in Barcelona. The 33-year-old comes into this event with plenty of matches under his belt for the year, with a 16-10 win/loss record.

On the other hand, the 28-year-old comes into this tournament having played most of his matches on the clay (16) this season. There is little doubt over his comfort on the dirt, but has Italian hasn’t got the desired results in 2021 thus far. After a few qualifying rounds, Cecchinato reached the second round of Monte Carlo Masters, where he lost to David Goffin in straight sets. Since then, he has suffered two more quick exits from Barcelona and Estoril. At the Madrid Masters too, he has got through the qualifying round by beating Frances Tiafoe and Roberto Baena.

Their only meeting dates back to 2018, where the Spaniard won comfortably in two sets in St. Petersburg.

For starters, both players love playing on the clay. However, their inconsistent showing on clay this year adds to the uncertainty. Given the higher ranking and experience, the Spaniard is expected to come out trumps. Given the nature of the surface and their game, long rallies from the back court should be the order of the day. It is tough a tie-break set here.