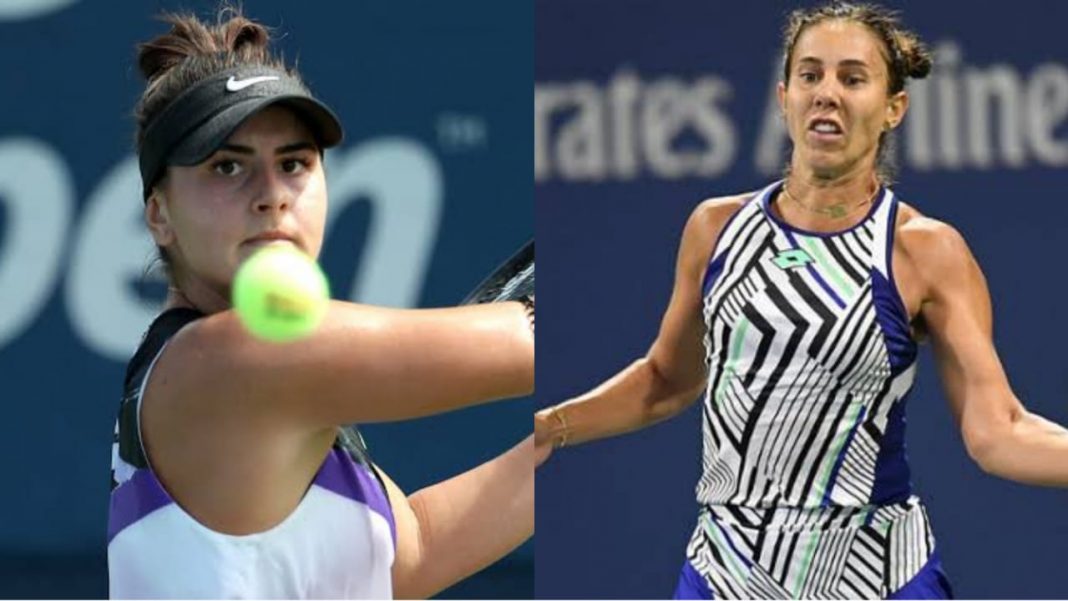 Bianca Andreescu, the 20 year old Canadian tennis player burst onto the scene with a US Open win in 2019. But since then she has had a spate of injuries, coupled with the COVID enforced break, which has kept her off the court for a good 15 months. Her first round opponent is World no. 127  Mihaela Buzărnescu. Mihaela Buzărnescu was once ranked as high as no. 20 in the world. But a  mix of injuries and bad form has contributed to her sliding down the rankings.

Andreescu has been seeded 8th at this year’s Australian Open. Quite a feat considering she has been out of action for more than a year. Bianca Andreescu when fully fit is a powerful player with a lot of skill too. An opponent you most definitely don’t want to face in your first round. Mihaela Buzărnescu made a comeback last year at the Grand slams. She was eliminated at the first round of the US Open and couldn’t qualify for the French open.

Andreescu is a former Grand Slam winner, but not much is known about her form. Mihaela Buzărnescu too has been out of action for a while, and her return hasn’t been as good as was expected. If Andreescu is fit she should breeze through.

Also Read: “Off the court I don’t have much respect for him”: says Novak Djokovic when asked about Nick Kyrgios