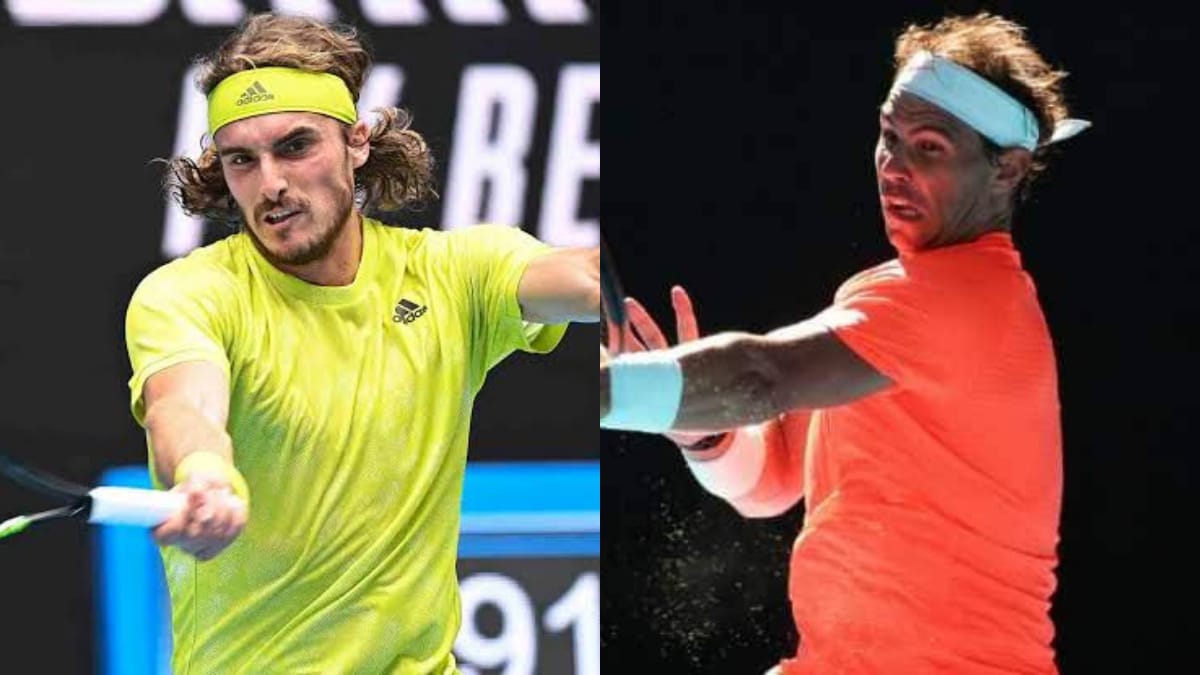 In what can be termed as the “battle between two generations”, 20-time Major winner and 2nd-seed Rafael Nadal will face 5th-seed Stefanos Tsitsipas in a must watch quarterfinal encounter at the Australian Open 2021. The build up to this match has been quite contrasting and a tennis masterclass is expected from both the players in a mouth-watering matchup.

Talking about the performance in the tournament so far, Tsitsipas, barring that mini-scare in the second round, looked comfortable and was expected to win against 9th-seed Matteo Berrettini in the fourth round, however, it was looking to be a tough match. However, the 22-year old Greek did not even need to win a single point as Berrettini pulled out of the match before it got started due to the abdominal strain.

On the other hand, Nadal, like always, has bossed the event till now and is yet to lose a set. In the fourth round, the 34-year old Spaniard bamboozled 16th-seed Fabio Fognini in straight sets 6-4, 6-2, 6-3.

Prior to their meeting in Melbourne, the two players have faced each other as many as seven times. Nadal leads the head-to-head record 6-1. They last met in a round robin match at the 2020 Nitto ATP Finals, where Nadal defeated Tsitsipas in three sets 6-4, 4-6, 6-2.

Despite all the hype before the match, Nadal is surely the favourite to win this and progress to the semis. Having said that, the Spaniard might lose his first set of the tournament but still expect Nadal to reach the last-four stage without a fuss.