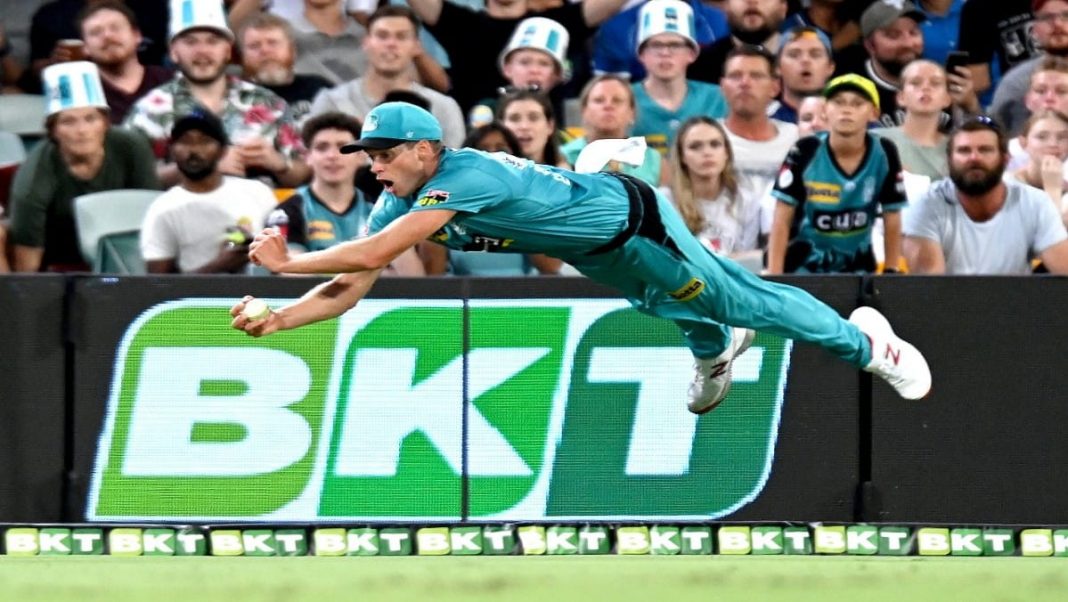 The premium franchise T20 tournament in Australia, the Big Bash League has entered its knockout stages. The Eliminator (between 4th and 5th placed teams) was held today and Brisbane Heat locked horns with Adelaide Strikers. The former came up trumps in a low-scoring match that saw bowlers ruling the roost. Winning the toss and choosing to bat first, the Strikers could only manage 130/7.

In reply, Heat chased down the total in 18.5 overs to make their way to the Knockout where they’ll face Sydney Thunder who finished third. If they do manage to win it, they’ll face the loser of the Qualifier between the top 2 teams, Sydney Sixers and Perth Scorchers in the Challengers which will decide the second finalist along with the winner of the Qualifier. There is thus, a long way to go for Heat despite their facile win today.

In the 18th over of the first innings bowled by Marnus Labuschagne, Michael Neser slog-swept a delivery towards deep mid-wicket. Ben Laughlin, the fielder was nowhere in fray as the ball seemed to drop well short as well as away from him. However, a full-length dive saw him pull it off almost out of thin air to leave cricketers, fans and commentators shocked at the sheer athleticism and the take.

A video of the catch has since then, gone viral on social media with reactions of awe and shock arising out Laughlin’s effort. The official handle of the International Cricket Council (ICC) posted the video and captioned it, “You cannot do this, Ben Laughlin!“