There’s no shortage of challenges considering the legacy of Canelo Alvarez which cannot be defied in terms of the greatness in the history of boxing, especially this century. So, WBO Light-heavyweight champion Joe Smith Jr. wants to test himself against the very best.

With victories over Avni Yildrim, Ben Saunders and finally, Caleb Plant to become the undisputed super-middleweight champion, Alvarez secured himself as The Ring Magazine’s 2021 Fighter of the Year, with his trainer Eddy Reynoso becoming the last year’s Trainer of the Year. Smith on the other hand has fought only once in 2021 when he won the vacant WBO Light-heavyweight championship. However, he has a matchup ahead on January 15, 2022, for defending the title against Callum Johnson.

In his interview with Forbes, Smith explained his need for doing multiple things around the sport of boxing to have a backup before he gets done with the sport. Then he proceeded about talking over a big fight like Canelo Alvarez.

He said “I’m nowhere near that picture right now to stop doing everything. I definitely still have to work. I want to set up myself for the future. I don’t want to rely on boxing all the time. I want to make sure I have something before my career is over. Right now, there are a lot of opportunities.”

“I see [promoter] Eddie Hearn keep mentioning that Canelo is coming to light heavyweight. I could see him wanting to fight a Bivol or a Beterbiev first. But there could be a shot there for me, maybe during Cinco de Mayo. I’m motivated to look good and win this fight against Johnson. I’d prefer to unify the titles. But I couldn’t turn down a Canelo payday,” concluded Smith.

What are your expectations if this fight happens, who do you get it winning? Canelo is on the verge of becoming the greatest boxer in the history of Mexico, but in the world of combat sports where the results are the most unpredictable and the extraneous variables have more significance in deciding the fate of the fight than any other sport, betting on the favourite is as non-sensical as betting on the underdog. If not Canelo, then who do you think is next for Smith or Canelo in their respective careers? 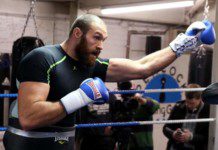 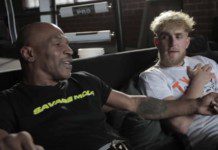 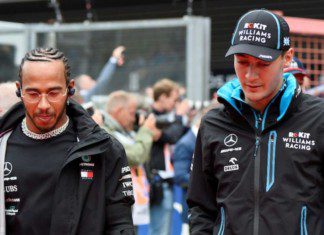 Rishabh Negi - January 16, 2022
George Russell has been chosen as the new driver for Mercedes in the 2022 Formula1 season and is going to be driving alongside the...