It has been over two weeks since Tyron Woodley and Jake Paul squared off at the Rocket Mortgage FieldHouse in Cleveland. The pair faced off in an eight-round professional boxing match. For Paul, it was his fourth professional boxing fight, while Woodley (the former UFC welterweight champion) was making his pro boxing debut.

Jake Paul, earned a narrow split decision win over Tyron Woodley to go 4-0 up in his boxing career and maintain his unbeaten record. He is now expected to face off against Woodley in a rematch, or probably against heavyweight champion boxer Tyson Fury’s half brother Tommy Fury.

“What did they test us for, cause it wasn’t PEDs” – Tyron Woodley

However, there were a lot of fingers pointed towards Paul, accusing him of using PEDs ahead of the fight. MMA Junkie, recently revealed that both Paul and Woodley passed their pre-fight tests, after initial reports from MMA Fighting. But, Woodley posted a story on Instagram refuting MMA Junkie’s claims.

MMA Junkie also revealed that they had received the confirmation, after a member of the Ohio State Athletic Commission told them about the pre-fight drug test. Resharing MMA Junkie’s post of the same to his Instagram story, Woodley wrote: “Never took a drug test.”

Woodley, also dropped a comment on MMA Junkie’s post: “What did they test us for? Cause it wasn’t PEDs.” What are your thoughts on this? 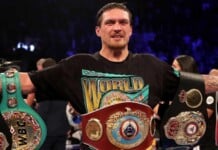 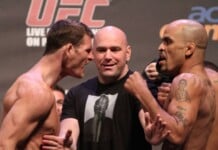 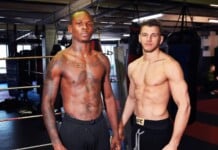 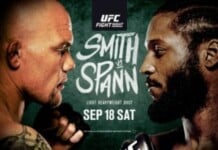