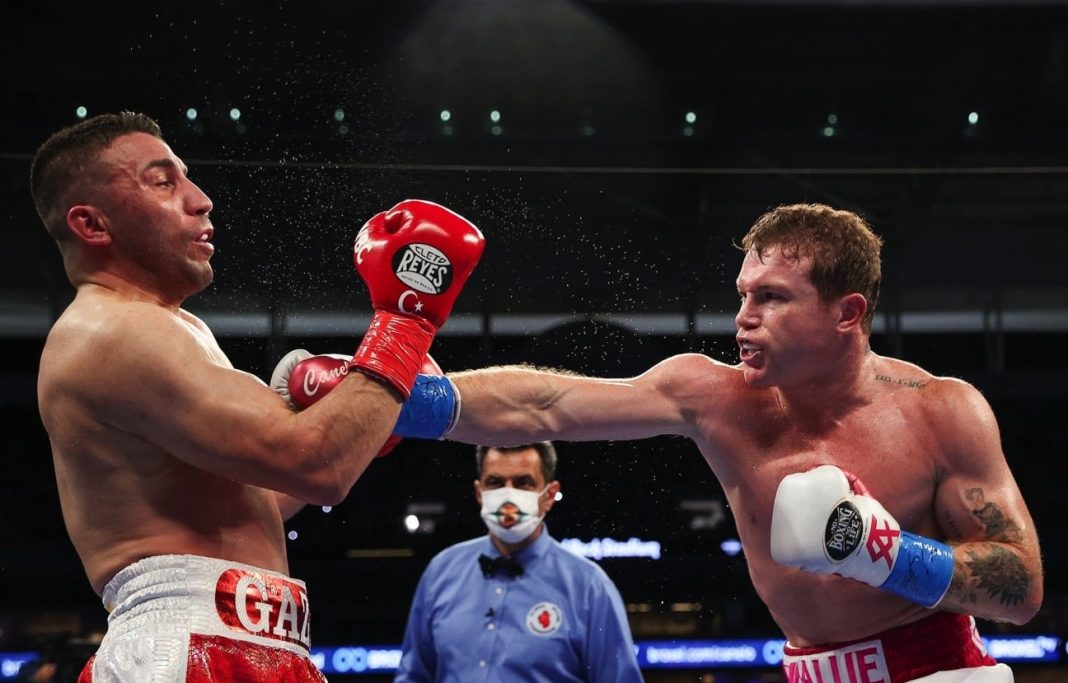 Canelo Alvarez put on a stellar performance as he steamrolled Avni Yildirim in only three rounds, thereby successfully defending his WBA (Super), WBC, and The Ring super middleweight titles at the Hard Rock Stadium, in Florida. In doing so, the 55-1-2, Alvarez is just one step away from becoming the first undisputed super middleweight champion, as he takes on Britain’s Billy Joe Saunders on the 8th of May, for the WBO super middleweight title.

Speaking at the post-fight interview, Canelo Alvarez said, “I wanted to have a great fight here and I did what I had to do. I needed a knockout and that’s what I did. It doesn’t matter if they’re taller, if they’ve got more reach, or they’ve got a good trainer. I came to do my job, I came here to win.”

The Twitterati were quick to congratulate Alvarez on his victory. Here is how Twitter reacted to impressive performance.

‘I promise you Canelo has had tougher sparring sessions’

No one was impressed with the poor character Yildirim showed.