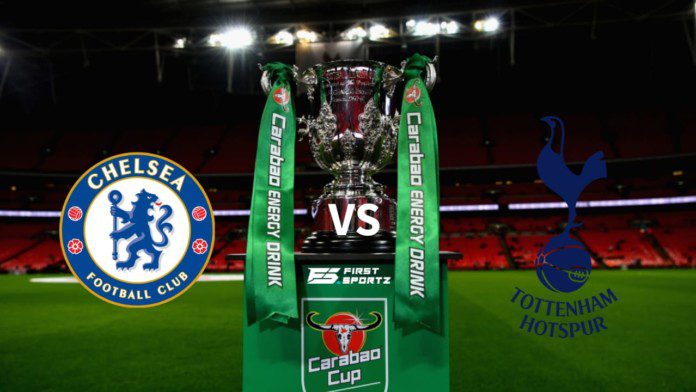 Chelsea won 2-0 against Tottenham Hotspur. Chelsea got the opening goal from Kai Havertz who managed to finish off from close range after the assist from left back Marcos Alonso. The second goal was a comedy of errors. Tanganga went to clear away the ball but instead headed it straight into Ben Davies. The ball hit Davies in the face and went into the goal past Hugo Lloris.

Let’s take a look at the player ratings for Chelsea vs Tottenham Hotspur match:-

Kepa Arrizabalaga(6.5/10)- Kepa Arrizabalaga had hardly anything to do in the first half. However he did make a fine low save in the end minutes to maintain the clean sheet for the hosts.

Antonio Rudiger( 6.5/10)- The German international had a crack at goal like he does every match this time from the corner kick. However his shot was blocked at the last minute by Tanganga.

Malang Sarr(7/10)- A very impressive performance from the young defender today. He put in a mature performance and looked very comfortable with the ball as well as when under pressure from Harry Kane.

Marcos Alonso( 7/10)- The Spanish international pressed further up the pitch brilliantly for the first goal. He won the ball comfortably and then slid a very well weighted pass which was finished off by Kai Havertz.

Saul Niguez (6.5/10)- Probably Saul Niguez’s best performance in a Chelsea shirt so far. The Spanish midfielder looked much at ease today and made so brilliant first touch passes to keep up the intensity of the game.

Jorginho(6.5/10)- The Italian regista was at the center of all the play for Chelsea. Although he didn’t get involved much in the attacking play, he tidied up at the back with the defenders.

Hakim Ziyech (7/10)- Whenever the ball was at the feet of Hakim Ziyech it looked like something could happen. He was always on the lookout to cross into the box and find target men to convert. He himself had a chance to score after the volley off Alonso’s cross.

Mason Mount (7/10)- Mason Mount once again ran the show for Chelsea. Mount was absolutely everywhere on the pitch- creating opportunities, taking shots and spreading the ball out to the fullbacks.

Kai Havertz (7.5/10)- The German international had an eventful first half to say the least. First he got the opener for Chelsea after a very good finish. Secondly he broke his little finger which caused him discomfort.

Romelu Lukaku(6.5/10)- Romelu Lukaku had a golden opportunity to get on the scoresheet after the cross from Hakim Ziyech. He got the better of Davidson Sanchez but couldn’t direct his header past Hugo Lloris.

Timo Werner (6.5/10)- Timo Werner came on to replace Kai Havertz at the halfway break. He had a glorious opportunity to score the third goal but couldn’t chip the ball over Hugo Lloris.

Christian Pulisic (6/10)- The American international was brought on in for Hakim Ziyech. Heh made a good twist to get the free kick which was missed by Marcos Alonso.

Hugo Lloris (4.5/10): The French goalkeeper did not have a satisfactory night as he was scored passed twice by Chelsea. Although, he made a few stops and was active in front of the goal.

Davinson Sánchez (4.5/10): The centre-back could have had a better game in terms of defensive prowess but could not live upto the expectations. He made quite a lot of mistakes but did make some good stops.

Ben Davies (3.5/10): The left-back playing as a left centre-back today would like to forget his performance tonight as he scored an own goal with gave Chelsea a two goal cushion in the 1st half,

Japhet Tanganga (5/10): The defender was sound in the defence making a few blocks and interceptions but also made quite few mistakes.

Oliver Skipp (4/10): The young central midfielder was not able to hold on to the ball at all due to pressure from the home side. However, some of his passes were good.

Pierre-Emile Hojbjerg (4/10): The Danish midfielder had a pretty ordinary game with a very few good passes and he lost possession quite a few times.

Matt Doherty (4.5/10): The Irish international played a few good passes and sometimes carried the ball well but without much effect.

Emerson (5/10): The right back was full of running today and he kept on trying and [uuting crosses into the box. He also carried the ball well.

Harry Kane (4.5/10): The English striker had a pretty quiet night as he was only able to manage some link up play and a few off the target shots.

Son Heung-Min (4.5/10): The South Korean forward had a surprisingly quiet night and was not able to get on the ball easily. He was sometimes sloppy in possession but made a few good passes.

Lucas Moura (4.8/10): The forward always looked to create something, always running and trying to create pressure but was not very effective.

Tanguy Ndombele (5/10): He made an instant impact on the game coming on as a half time substitute but could not provide anything fruitful to the visiting side.

Harry Winks (3.5/10): Came on as a substitute in the 73rd minute but could not have much impact on the game apart from some passes and some runs. 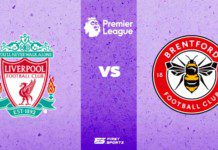 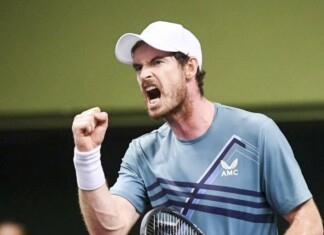