Home Martial Arts UFC Cory Sandhagen is frustrated after Petr Yan ignores him for the next... 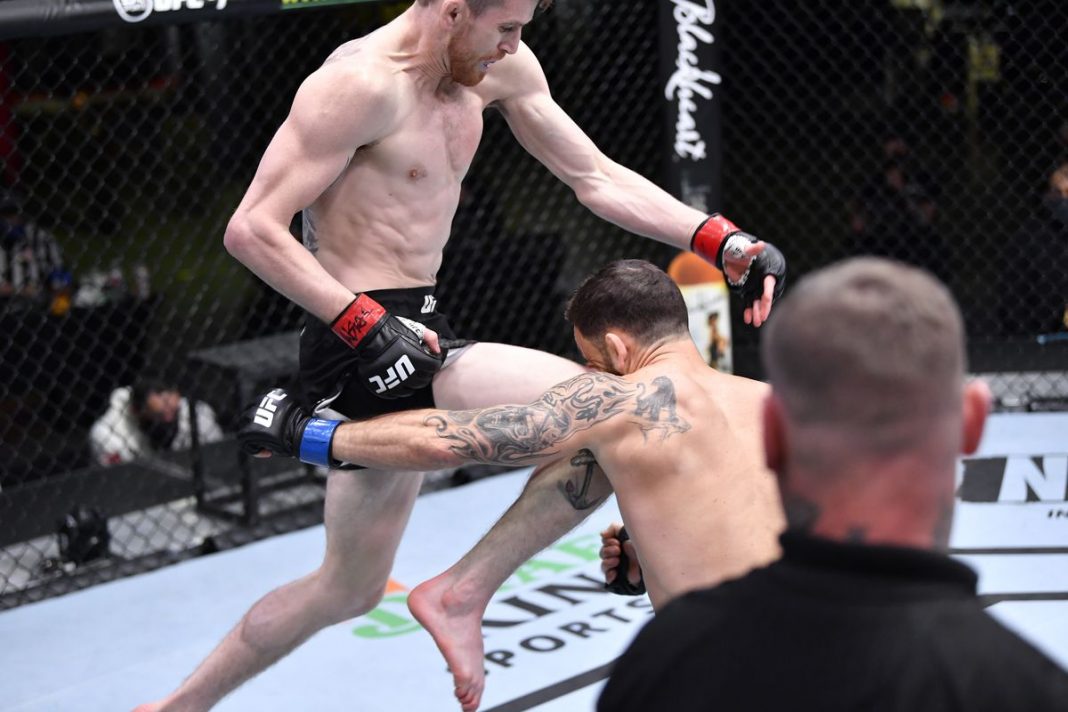 Cory has faced only two defeats in his professional career. One of them being against Aljamain Sterling which was a huge downfall to his dreams. The fighter has a record of 14-2-0. Sandhagen is coming off 2 straight wins. His last fight was a bout against UFC veteran, Frankie Edgar whom he knocked out by a spectacular flying knee in the first minute.

The reigning champion seems disinterested in fighting Cory. And Sandhagen takes offense to this. Yan said, “Edgar, older. It’s not big,” about Sandhagen’s last win. “Fan base is not good. Sandhagen, lose to Sterling. I think maybe Dillashaw. T.J. Dillashaw is back after doping tests. I want a fight with him.”

In a recent interview with MMA Fighting, Cory Sandhagen spoke his thoughts on Petr Yan’s comments. “It’s kind of frustrating that Yan was a little bit served the belt on a silver platter,” Sandhagen told in the interview. “The guy’s calling all the shots and talking like a big guy when it’s like you beat [Urijah] Faber to get a title shot and you beat [Jose] Aldo to win the belt.

Cory Sandhagen wants to avenge his loss to Aljamain Sterling

Cory Sandhagen believes that his two knockout wins against Marlon Moraes and Frankie Edgar deserve more credit. “My two wins ago now was a guy [Marlon Moraes] that beat Aldo and I knocked him out. That rubs me the wrong way, too, that Yan gets to call all of these shots when really he hasn’t had a rough go at it.”

Sandhagen isn’t the first person to be critical of Yan’s road to the title. One of the many criticisms Yan faces is that he hasn’t fought dangerous fighters in the division. Petr’s first dangerous bout is against Aljamain and if the champion gets past that he might earn credibility.

“I think since the loss to Aljamain, I’ve shown that was a flat night,” Sandhagen said. “I think I’ve come back. I’ve fixed some things that were going on in my game and I’m ready to get that one back. I really, really want to get that one back on Sterling.” Do you think Sandhagen deserves a shot at the title?

Also read “You could’ve put anybody in front of me and I would’ve had that performance,” says Max Holloway about the fight against Calvin Kattar