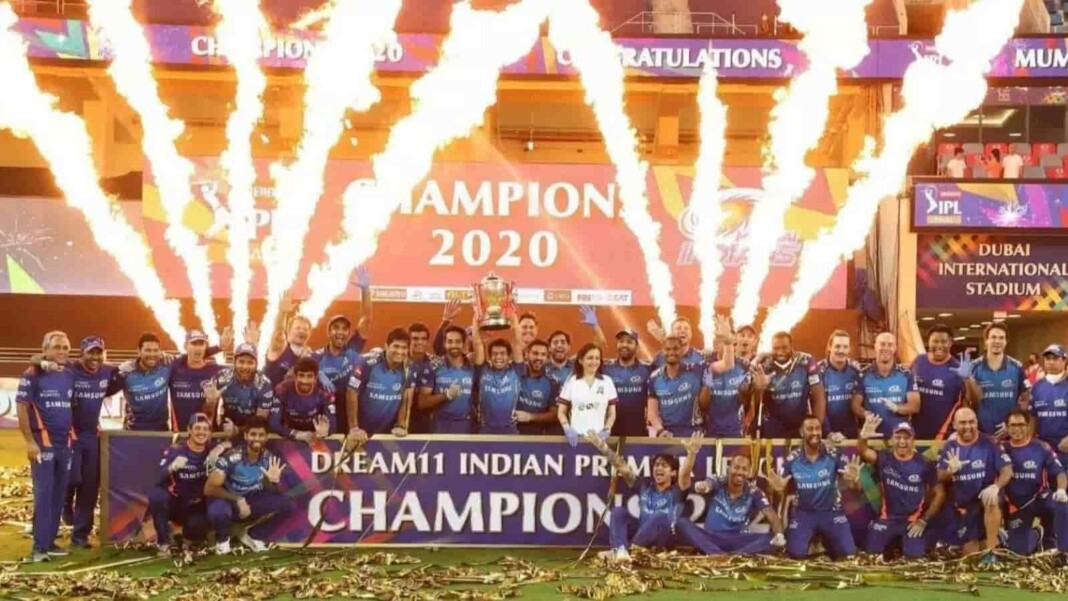 Mumbai Indians is the most decorated franchise in the history of IPL. They have won the title a total of five times, since IPL’s inaugural season in 2008. They have been the defending champions for two years in a row now.

With the IPL 2021 season being postponed due to the covid-19 pandemic, the franchise has time to weigh their options and decide the players they want to retain ahead of the 2022 mega Auction. The teams can retain a maximum of 4 Players which contains 3 Indians and 1 Overseas Player according to BCCI new rules for IPL Mega Auction.

Rohit Sharma-led Mumbai Indians will have a tough time letting go their core group of players and select only Four players to retain for the next seasons. They will be one of the most affected franchises after the next mega auction ahead of IPL 2022.

The talismanic captain is the most successful captain in IPL history. Ever since taking up the mantle back in 2013, he has led Mumbai Indians to five titles. Under his leadership, they’ve also won the Champions League Twenty20 competition in 2013.

Rohit Sharma has also been one of their best batsmen in that period. The opener has amassed 5480 runs in the IPL, with a highest score of 109* against KKR. He is fourth on the list of highest run-scorers in the IPL, behind Virat Kohli, Suresh Raina and David Warner. Rohit is an aggressive batsman but with style and elegance. He can also roll his arm over if necessary, considering he a hat-trick in the IPL, albeit for Deccan Chargers.

This one is probably a no-brainer. Every team wants Bumrah. Ever since scalping Virat Kohli as his maiden wicket back in IPL 2013, Bumrah has been on a mercurial rise. He possesses a unique action, which many believe helps him generate an angle that is different when compared to others.

With a plethora of variations under his belt, Bumrah climbed up the ranks and is now India’s best all format bowling option. He has been Rohit’s crisis bowler in the IPL as well. In the 2020 IPL held in UAE, Bumrah finished as the second-highest wicket-taker with 27 wickets in 15 matches.

Jasprit Bumrah is one of the best death-bowling specialists in the world right now. Former Pakistani great Wasim Akram has also praised Bumrah’s skills. Wasim opined that the Mumbai Indians pacer’s yorker is the best among all the bowlers in the modern era.

Suryakumar Yadav, one of the batting mainstays of the side has gained plenty of confidence in the previous two years. By his Excellent performance in IPL 2020 he has also got a chance to play debut match for India after waiting for many years.

Used as a middle-order by Kolkata Knight Riders, Suryakumar Yadav’s new role with MI was a game-changer. Facing the new ball, he has looked at ease and handled the situation well. Playing as per the situation, Suryakumar was able to change gears and even played patiently when the situation demanded. In 2019, he amassed 424 runs to be MI’s second-highest run-getter. He outperformed himself in the 2020 season scoring 480 runs at a strike rate of 145 and went on to make his T20 International debut later for India. It wasn’t a surprise for anyone when he smashed the deliveries right from ball one and scored an magnificent fifty that resembled confidence. He bats at a very important slot and the defending champions will look up to him to shape their innings.

The West Indian middle-order batsman has the power to turn a game on its head in a matter of overs. When he gets going, no ground in the world is big enough for him. CSK were recently on the receiving end of his assault. He scored a blistering 87* off 34 balls helping MI chase down a mammoth total of 219.

He has been a dependable middle-order batsman for Mumbai Indians ever since joining them in 2010. Pollard is not to be underestimated with the ball either. The Caribbean powerhouse has a deceiving off-cutter which many batsman fail to pick up. He has picked up 63 wickets at an economy of 8.81 in the IPL.