In the Caribbean Premier League (CPL) 2022, he was part of the St Lucia Kings. In recent T20 matches he played, Forde even contributed runs with the bat. 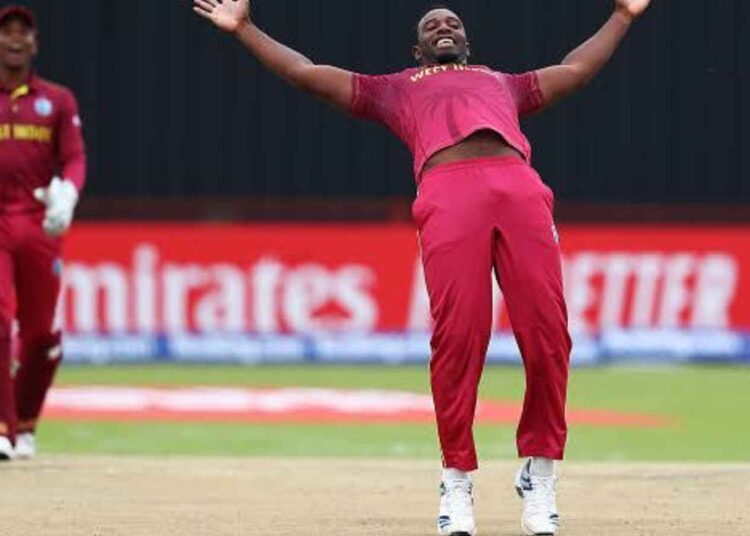 Matthew Forde is a West Indies bowler who plays for the Comb C & C in domestic cricket. He was also a part of the West Indies Under-19s squad. He has batted at a strike rate of above 140 in recent matches.

Forde has played in the Lanka Premier League for the Dambulla Aura. In the Caribbean Premier League (CPL) 2022, he was part of the St Lucia Kings. In recent T20 matches he played, Forde even contributed runs with the bat.

Meanwhile, Forde has registered for the  Indian Premier League (IPL) 2023 auction. He signed up for a base price of INR 20 lakh. He is quite brilliant in the powerplay as he has the ability to send the top-order batters to the dugout.

Forde was born in Barbados.

He made his T20 debut in the CPL for the St Lucia Kings against Trinbago at Basseterre on September 1, 2022. In the 10 matches that he has played in the shortest format, Forde has scalped 11 wickets at an economy of 6.12. He has one four-wicket haul in the format, which was also his best bowling so far.

Forde even played a match-winning knock for the Dambulla Aura, when scored his maiden half-century. In List-A cricket, Forde debuted for Comb C&C against Trinidad & T at the Tarouba on October 21, 2022. He has bagged seven wickets from six matches at an economy of 4.08.