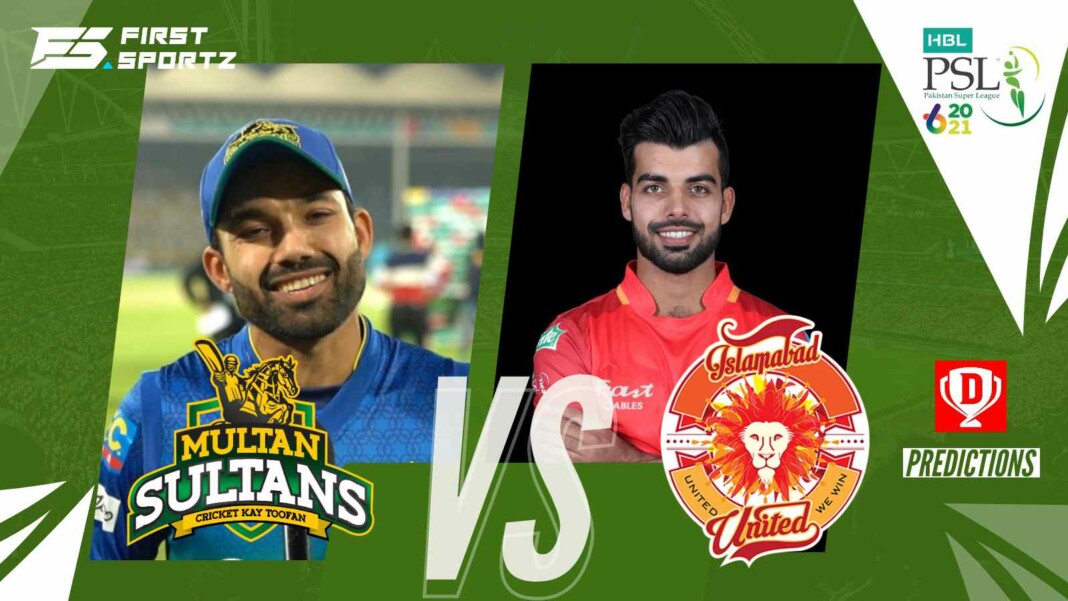 The 30th match of the Pakistan Super League (PSL) 2021 will take place between Multan Sultans (MS) and Islamabad United (IU). Both sides will lock horns for this clash on June 19, 2021, at the Sheikh Zayed Stadium in Abu Dhabi, UAE. This will also be the second game of the double-header taking place on this day. The game will kickstart from 10:00 PM local time – 11:30 PM (IST) onwards and will be streamed live on Sony Sports Network and Sony Liv.

Both the sides have played each other earlier as well in PSL 2021 where the United emerged as the winners. IU’s star all-rounder Lewis Gregory won the ‘Man of the Match’ in that encounter with an outstanding performance of 2/31 in four overs and 49* off 31 deliveries with the bat. However, he won’t be available for selection in this game against the Sultans.

The Multan-based franchise is currently placed at the fourth spot in the Points Table with four wins and as many losses out of eight matches. On the other hand, table-toppers IU are set to finish at the pole position as they already have seven victories from nine games against their name.

Let’s look at our fantasy 11 predictions for this clash and here are the top picks for MUL vs ISL.

Here are our three picks for probable Dream11 Fantasy captain for MUL vs ISL:

Here are our three picks for probable Dream11 Fantasy vice-captain for MUL vs ISL: