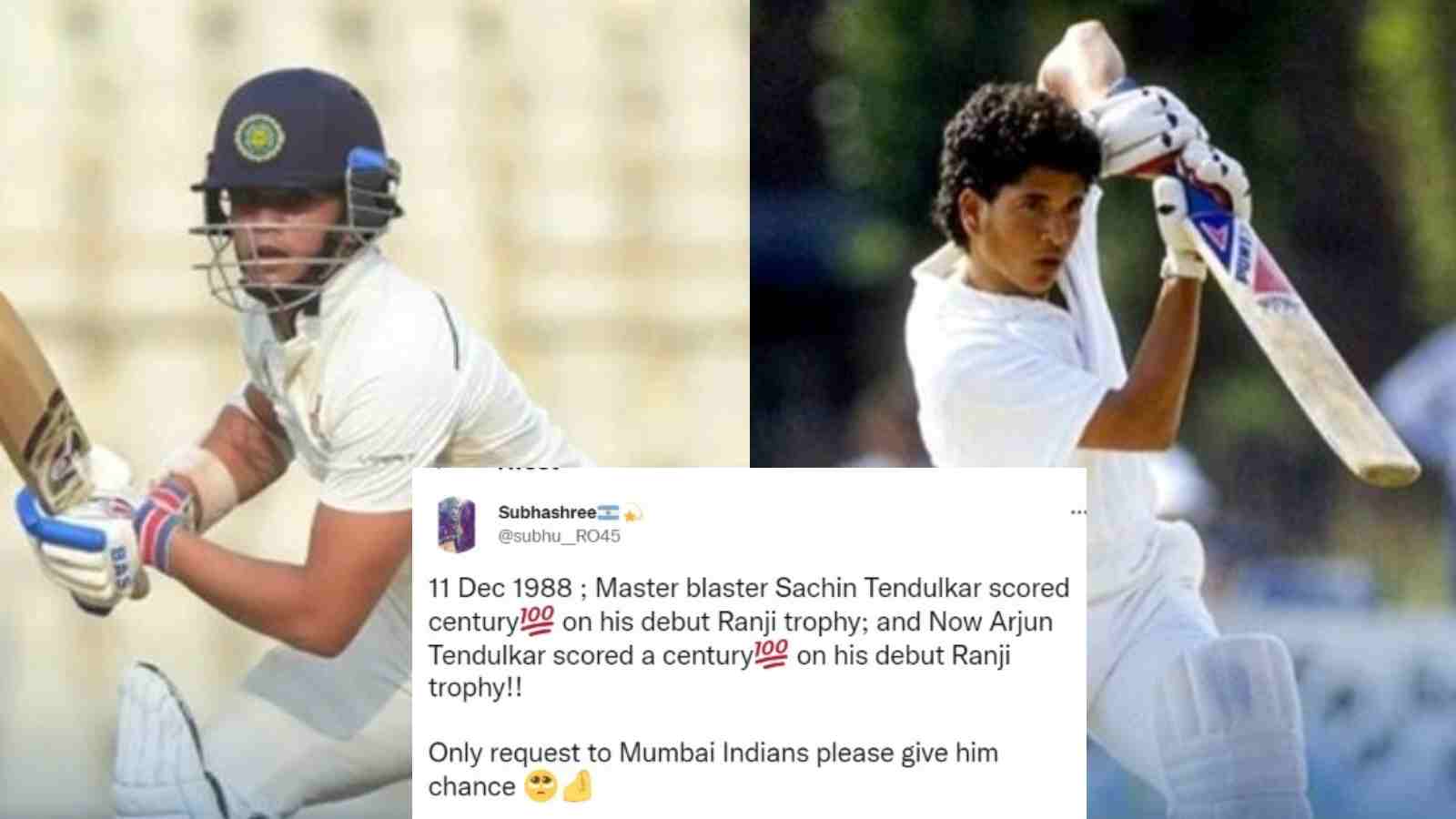 Arjun Tendulkar slammed a ton on debut Ranji Trophy debut for Goa on Day 2 against Rajasthan on Wednesday (December 14) at the Goa Cricket Association ground in Porvorim. The host, Goa, were asked to bat first but they suffered a couple of early blows.

Then a century stand by Suyash Prabhudesai and Snehal Kauthankar revived the innings. After the fall of a couple of wickets, Arjun entered the crease and scored a ton. Now his ton has been making headlines because his father, the legendary Sachin Tendulkar also scored a ton on Ranji Trophy debut.

As a 15-year-old, Sachin slammed a ton while playing for Mumbai against Gujarat in 1988 on his debut Ranji Trophy match. Needless to say, that teenager would go on to become the best batter of this generation.

He has amassed the highest number of runs in Tests and ODIs and also he is the only cricketer to score 100 international centuries. He retired in 2013. Thirty-four his later, his son Arjun did the same.

In the match, the 23-year-old came to bat at No.7 and was out for 120. In that knock, he also smashed 16 fours and two sixes. Arjun also stitched a 221-run partnership with the other overnight batter Suyash Prabhudessai who scored an impressive 212 off 416 balls. At stumps, Goa found themselves in a better position with a total of 493/8 in 163.2 overs.

Talking about Arjun’s domestic career, he first represented the under-19 team before Mumbai Indians signed him in the Indian Premier League. But he didn’t get any chance to play for the five-time champions. Arjun has shifted to Goa from Mumbai to get more chances. Before the season, he played just two T20Is for Mumbai.

ALSO READ | “Poor form in Test continues? Wait for 2nd innings”- Twitter reacts as Virat Kohli gets out cheaply for lbw off Taijul Islam’s over