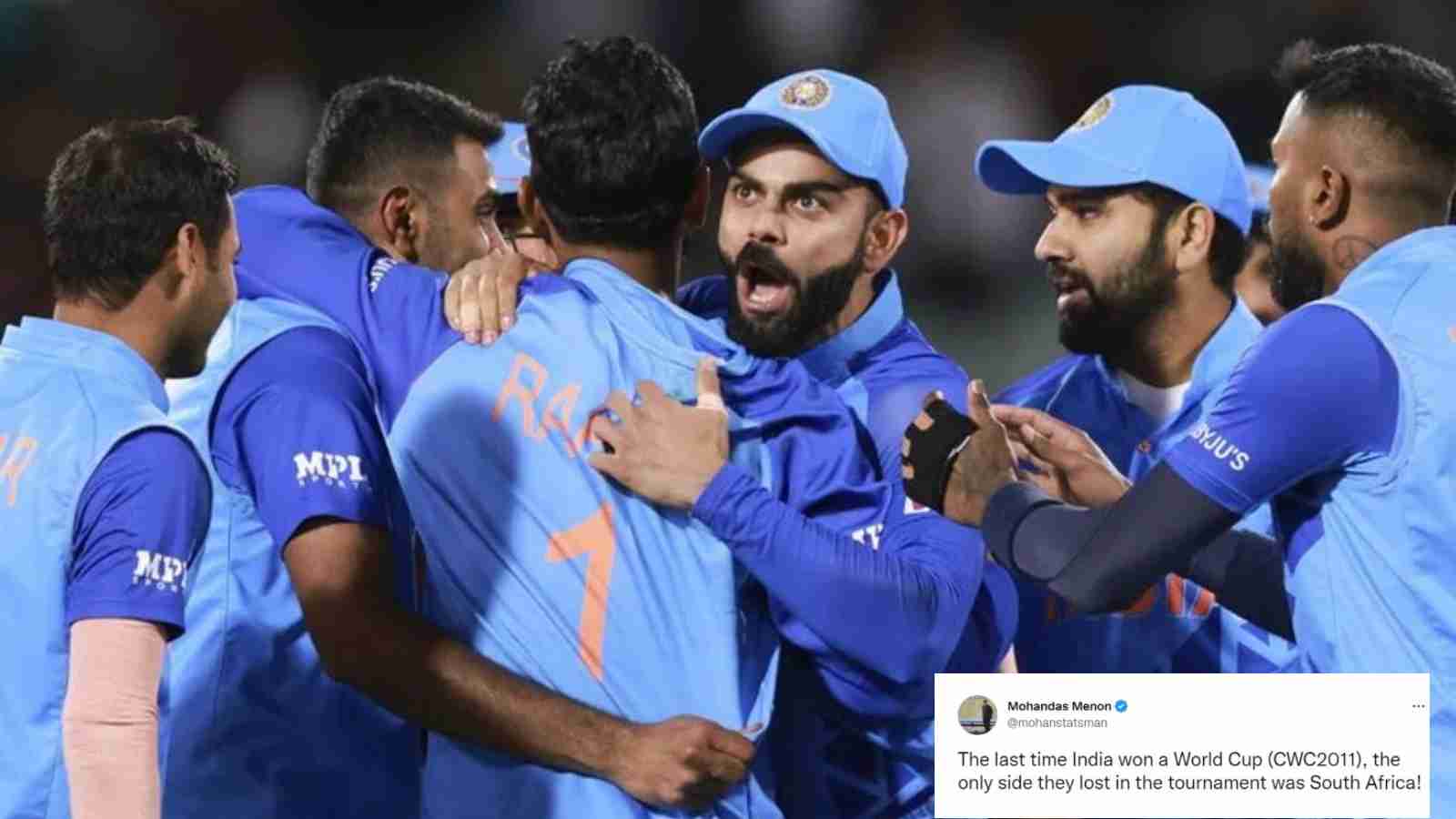 This T20 World Cup 2022 have produced several major upsets and one of them came today (Sunday, November 5) when the Netherlands eliminated South Africa by 13 runs at the Adelaide Oval. Proteas’ defeat led to India’s direct qualification for the semi-final; they became the third team, after New Zealand and England, to reach the stage.

Now, Rohit Sharma and Co. won’t be worried when they’ll lock horns against Zimbabwe in their final Super 12s match today at the MCG in Melbourne. They have already gained six points from four matches, and stand at the top of the points table in Group 2.

If India beat Zimbabwe, they’ll face England in the second semi-final on Thursday at the Adelaide Oval. But if Men in Blue face defeat, they’ll square off against New Zealand in the first semi-final, on Wednesday, in Sydney. India have defeated Pakistan, Netherlands, and Bangladesh while facing a defeat from South Africa in their last four matches.

However, South Africa’s knock-out gave hope to Pakistan and Bangladesh to become the fourth team to book a spot in the semi-final berth. Both Bangladesh and Pakistan have four points each, and as they are locking horns right now at the Adelaide Oval, the winner reach the semi-final stage. If the match gets washed out due to rain, Pakistan will be having the advantage of qualifying as they have a better net run rate.

Meanwhile, Temba Bavuma‘s men were shell-shocked by a spirited Dutch team who displayed match-winning cricket to snatch the victory from the Proteas by 13 runs. After quickfire from Colin Ackermann and Tim Cooper, their team gave a 158-run target to the Proteas.

During their chase, Proteas batters kept losing wickets at regular intervals. They were restricted to 145/8 in 20 overs and fell short by 13 runs.

ALSO READ | WATCH: “My biscuit…You are one hell of a cricketer”- AB de Villiers sends heartfelt wishes for Virat Kohli on his 34th birthday