“Innings of his life!”- Twitter reacts as brilliant knocks from Mehidy Hasan and Mahmudullah deny India an easy target 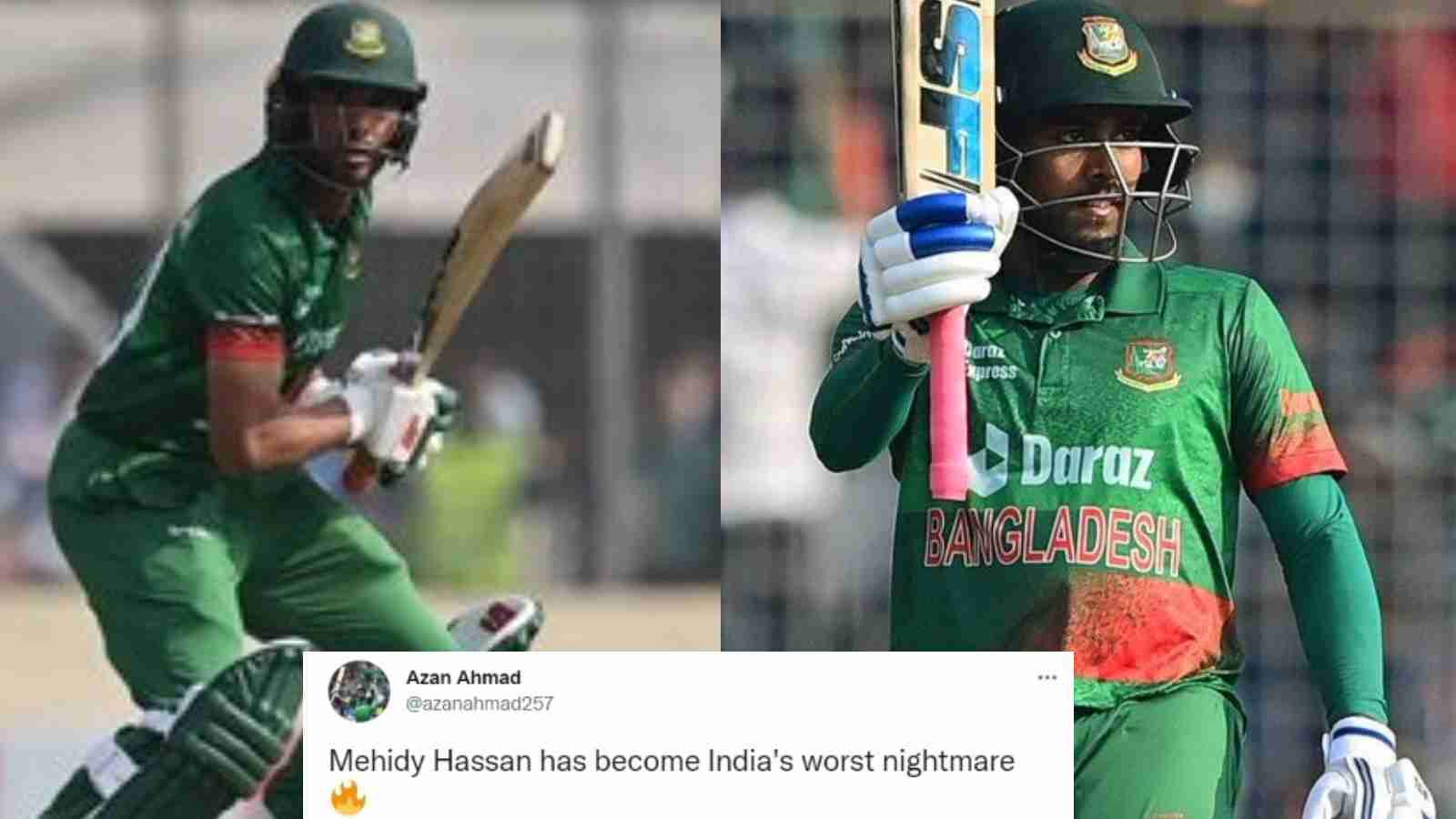 Mehidy Hasan and Mahmudullah denied India an easy target with their brilliant knocks under pressure in the second ODI on Wednesday (December 7) at the Sher-e-Bangla stadium in Dhaka. At first, Bangladesh’s wickets fell like a pack of cards with Washington Sundar’s three scalps. But the stand between Hasan and Mahmudullah shattered India’s hope of restricting Bangladesh to a small target in the must-win game.

Bangladesh skipper Litton Das won the toss and decided to bat first. India pacer Mohammed Siraj gave the first breakthrough by dismissing Anamul Haque in the second over. Siraj then went on to dismiss Litton as well in the 10th over.

Umran Malik was drafted into the XI as a replacement for Mohammed Shami. The former was rather destructive with his pace, disturbing the pro-all-rounder Shakib Al Hasan with his short-pitched deliveries in his first over. In his second over, he dismissed Najmul Hossain Shanto, who completely missed the 151 km/5 lengthy delivery; the ball sent the off stump into a cartwheel in the 14th over.

Shakib became Sundar’s first wicket in the 17th over after playing 20 balls and scoring eight runs. The ball was top-edged to Shikhar Dhawan, who was at the first slip.Sundar then dismissed Mushfiqur Rahim in the 19th over.

Rahim played 24 balls and scored 12 runs when Sundar’s length ball on the off stump hit the inside edge to Dhawan at slip. Dhawan dived to the left and caught it, but the appeal was turned down. Stand-in skipper KL Rahul (as Rohit Sharma was injured while playing) took the DRS right away and after reviewing, it was declared a clean catch.

As Bangladesh’s wickets kept falling at regular intervals, Mahmudullah and first ODI’s hero Mehidy Hasan walked to the crease. When Bangladesh were tethering at 69/6, these two didn’t let another wicket fall with their 148-run stand between them.

Mahmudullah lost his wicket in the 47th over off Malik’s shortish delivery and walked back scoring 77 runs off 96 balls with seven fours. It was too late for the bowlers then because Bangladesh had already reached the 200-run mark.

Despite Mahmudullah’s wicket, the runs didn’t stop coming from Bangladesh as Mehidy and Nasum Ahmed stitched a 50-plus-run stand between them in the last three overs. Nasum remained till the end, scoring a quick 18 runs from 11 balls with two fours and a six, while Mehidy slammed an unbeaten ton from 83 balls to drive the team’s total to 271/7 in 50 overs. The surprising thing was Hasan walked out to bat at No.8 and went to score his maiden century.