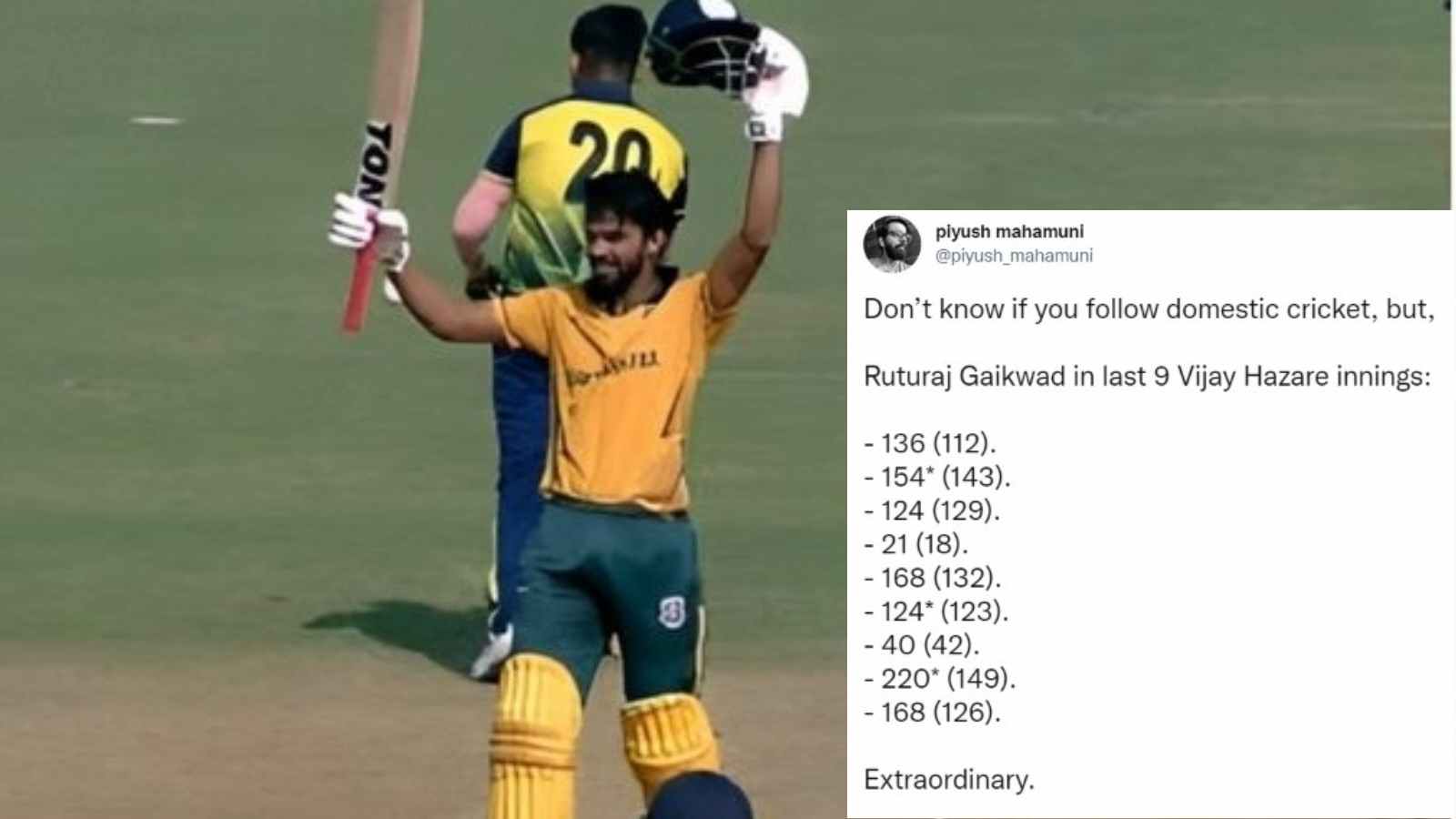 Maharashtra captain Ruturaj Gaikwad has been in phenomenal form in the ongoing Vijay Hazare Trophy 2022. After his record-breaking 220*, he slammed another ton against Assam in the semi-final on Wednesday (November 30) at the Narendra Modi Stadium.

The 25-year-old clobbered 168 runs from just 126 balls which was studded with six sixes and 18 fours. He would have completed another double hundred but Rajasthan Royals’ and Assam all-rounder Riyan Parag dismissed him in the 45th over. Gaikwad has amassed 552 runs from four matches so far with three tons at a strike rate of 122. His score helped his team score 350/7 in their full quota of 50 overs.

A couple of days before, Gaikwad slammed an unbeaten 220 from just 159 balls with 16 sixes against Uttar Pradesh and broke a series of records. He created a phenomenal record of smashing seven sixes in an over and pummelled 43 runs in the same over.

Maharashtra teammate Azim Kazi compared Ruturaj with the legendary India captain MS Dhoni. Dhoni paid a visit to the Maharasthra dressing room when they were playing in Ranchi. Kazi observed similarities between Dhoni and Gaikwad as he has played under Dhoni while representing the Chennai Super Kings in the Indian Premier League.

“Actually, when Dhoni bhai was speaking, it literally felt like it was Gaikwad. The things he said, was similar to what Rutu has been telling us. Since he has been part of CSK, he has been able to interact with Dhoni bhai and he is passing to us, but for sure there a few similarities. We all have read and heard how Dhoni bhai operates the team and that is what Gaikwad has been doing here,” Kazi told the Daily.

ALSO READ | “Compare my numbers when I’m 30-32, no logic before that”- Rishabh Pant irked by question related to his form in white-ball cricket