When Grover finally met Kohli, he explained to the 34-year-old why he rejected him and hired 11 other players, and Kohli acknowledged his business sense. 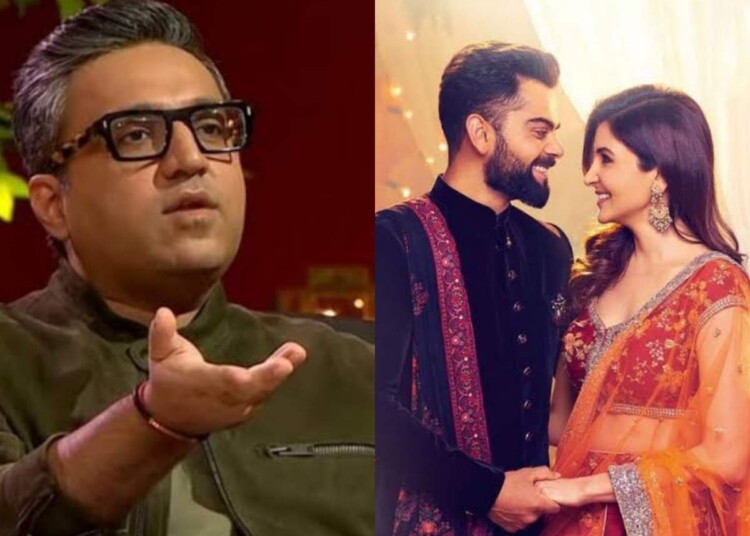 BharatPe co-founder and former Shark Tank judge Ashneer Grover revealed an anecdote about how he rejected former India captain Virat Kohli and his wife Anushka Sharma as brand ambassadors for an advertising campaign. Instead, Grover hired 11 other players.

While speaking on the Vagehra Vagehra podcast, the author of the bestseller, Doglapan, revealed that he was discussing an Indian Premier League (IPL) deal with some brokers. He wanted lots of ads to be plastered on players’ jerseys, and he would also like to place his company’s logo too. But the broker rejected his idea and insisted Kohli should be a brand ambassador. Grover said he signed 11 other players for half the price Kohli would have charged.

“Kohli asked for an amount, which I won’t reveal here, he’ll take offense. They also offered me, Anushka, a package deal, and I said I don’t want to repeat what Manyavar had already done. So, I asked if they could get me 11 other players for half of what Kohli was demanding. And that’s the deal I finally struck,” Grover said.

Grover grabbed everyone’s attention in the first season of Shark Tank. But he is not a part of the recently released second season.

Related: “Actually I can do another trip there,” ageless and hungry Jimmy Anderson eyes another Ashes in 2025-2026

In that same podcast, Grover revealed that he hasn’t clicked pictures with any other cricketers except Virat Kohli. When Grover finally met Kohli, he explained to the 34-year-old why he rejected him and hired 11 other players, and Kohli acknowledged his business sense.

“I don’t have a single photo with any of them, I didn’t go for the shoots even. I just have one photo of me talking to Kohli recently. And I was telling him about this story. He said it was very good business,” Grover added.

Meanwhile, Kohli is in the squad for the three-match home ODI series against New Zealand. The Men in Blue have won the first ODI by 12 runs, and the second ODI will be on Saturday (January 21).