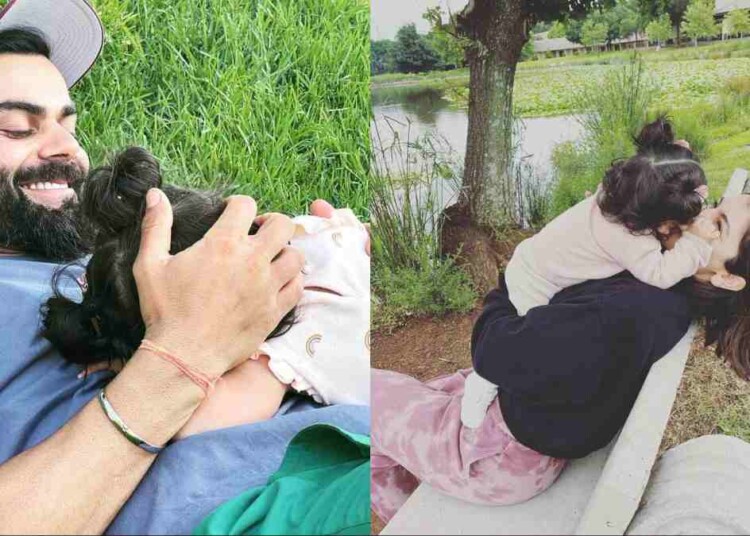 Today, that is Wednesday (January 11), Virat Kohli and Anushka Sharma’s little daughter Vamika turned two. Her parents took to their respective social media handles to share adorable picture of her.

Anushka first posted it on her Instagram with the caption: “Two years ago, my heart grew wide open.” In the picture, she could be seen playing with the toddler.

Soon, Kohli also took to Instagram to drop his picture with Vamika with the caption, “My heartbeat is 2”.

Also, just a day before her birthday, Kohli shared a heartwarming picture of his family taking a walk on the beach. The former captain captioned it with: “Rabba bakshiyan tu enniyan meherbaniyan, hor terto kuch ni mangda, bas tera shukar ada kardan. (God you have bestowed me with so many blessings that I have nothing left to ask you, only want to thank you).”

In both pictures, Vamika’s is not revealed because her parents do not want to raise her in front of the public eye. After announcing the news of Vamika’s birth, Anushka requested privacy for her daughter on Instagram.

Virat Kohli and Anushka Sharma visited an ashram in Vrindavan

A few days ago, a video of Kohli and Anushka visiting an ashram in Vrindavan had been going viral on social media platforms. As they were praying in the arshram, someone recorded and made in viral on social media. The video was unedited and one can even see Vamika’s face.

On January 7, both Kohli took to Instagram story and shared late Bollywood actor Irrfan Khan’s quote his birthday with the caption: “Wanting fame is a disease and one day I will want to be free from this disease, from this desire. Where dame doesn’t matter. Where just experiencing life and being okay is enough.”

After dating for a long time, the couple tied the knot in 2017 in a private ceremony. They welcomed Vamika in January 2021.

It was yesterday only that Kohli slammed his 73rd international century when he played a 113-run knock from 87 balls to take his team to 373/7 in the first ODI against Sri Lanka in Guwahati. India won that match by 67 runs and is leading the three-match series by 1-0. It was also Kohli’s 45th century in the 50-over format.

On his way to his hundred, he even became the quickest batter to score 12500 runs in ODIs. He will be next seen in the second ODI against the Lankans tomorrow (January 12) in Kolkata.