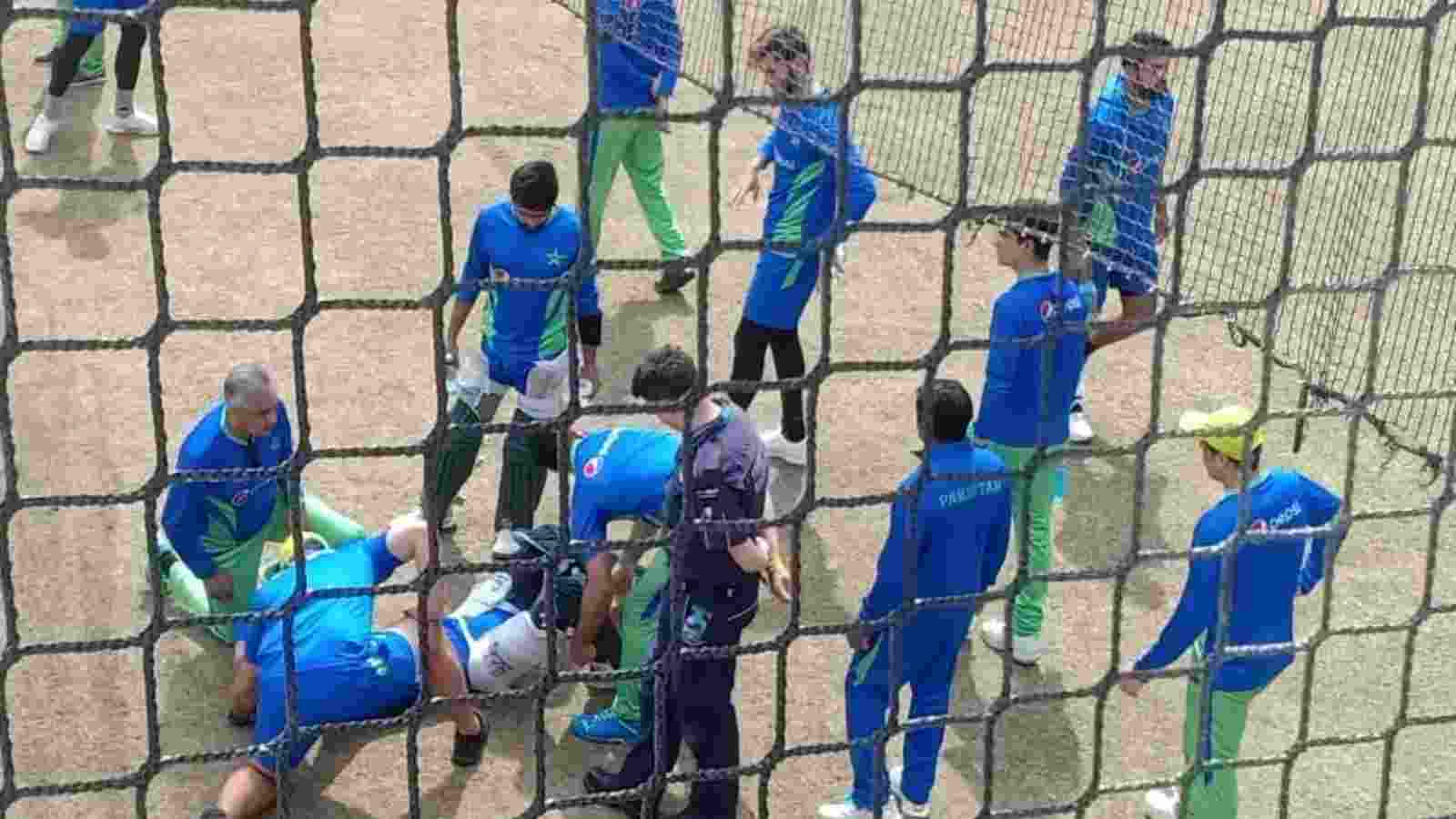 Pakistan have suffered a major blow ahead of their first T20 World Cup match against India after their batter Shan Masood was rushed to hospital on Friday for scans. The 33-year-old left-handed batter was hit on the head during a net session at the Melbourne Cricket Ground.

Mohammed Nawaz’s shot struck Masood on the right side of the head. Prior to being hospitalized, the southpaw had been lying on the ground for a long time. As soon as he was hit by the ball – other Pakistan cricketers rushed to check on him. Meanwhile, Nawaz was clearly in shock and was seen praying to the almighty. Pakistan take on their arch-rivals India on Sunday at the MCG.

Masood has been inconsistent and made his T20I debut against England last month. The 33-year-old has scored 220 runs at a strike rate of 125.00, including two fifties, in twelve T20Is for Pakistan. He was expected to play for Pakistan at No.3 against Men in Blues as Fakhar Zaman has been battling some injury issues. However, according to the latest reports Fakhar has fully recovered from his injury.

Also Read: Early weather forecast paints a gloomy picture as fate of India vs Pakistan fixture is at mercy of ‘Rain Gods’

However, after a couple of minutes, Masood was back up on his feet and was taken to the dressing room. Masood could be replaced by Fakhar Zaman if the left-handed batter is unable to play against India. Zaman was recently drafted back into the 15-man squad, replacing Usman Qadir. During Pakistan’s washed-out warm-up game against Afghanistan on Wednesday, Zaman underwent a fitness test after returning from a knee injury.

Pakistan are seen as one of the favourites for the tournament considering their balanced squad. Babar Azam and co were the semi-finalists in the last edition of the T20I World Cup and will be hoping to kickstart their tourney on high against India on Sunday.

India’s winning streak against Pakistan in the World Cup came to an end with a comprehensive 10-wicket victory in for Pakistan last year. It was Shaheen Shah Afridi who wreaked havoc while bowling and Babar Azam and Mohammad Rizwan were star players with the bat.