One of the most popular franchises on social media, Royal Challengers Bangalore (RCB) have named their three retentions ahead of the forthcoming season. Virat Kohli, Glenn Maxwell and Mohammed Siraj are set to once again play for RCBin the Indian Premier League (IPL) 2022.

The retention of Kohli was earlier confirmed by the player, however, he won’t be available for the captaincy role. On the other hand, they have a power-hitting all-rounder in the form of Maxwell and a great pacer in the form of Siraj in the side.

Let’s look at three players RCB might target at the IPL 2022 mega auction:

One of the legends of T20 cricket and the overseas leading run-scorer in IPL history, David Warner, is a tailor-made buy for RCB ahead of IPL 2022. The southpaw was the highest run-getter at the recently-concluded 2021 ICC T20 World Cup in the UAE.

However, he had a horrible run for Sunrisers Hyderabad (SRH) in the previous edition of the game. This might make him available at an attractive price for the Challengers. Notably, he can even take up the captaincy role for the ‘Bold Army’.

The death bowling has always been an issue for RCB and with just Siraj present in the retentions list, they need a quality foreign bowler. Australia’s Josh Hazlewood has been in great form in white-ball cricket of late and could be a valuable pick for Kohli and Co.

He did consistently well for the defending champions Chennai Super Kings (CSKI in the last couple of editions. Last year’s semi-finals must go after the right-hander to add strength to their bowling attack.

RCB releasing Yuzvendra Chahal was no less than a shocker for all fans out there. The leg-spinner has served exceptionally well for the Bangalore-based franchise since 2014. Rahul Chahar, who was earlier associated with Mumbai Indians (MI), might turn out to be a like-for-like replacement for the 31-year-old.

The Bharatpur-born was even picked ahead of Chahal in the Indian squad for the 2021 World T20. It won’t be surprising to see him grabbing a deal for Royal Challengers Bangalore as well at the upcoming mega auction. 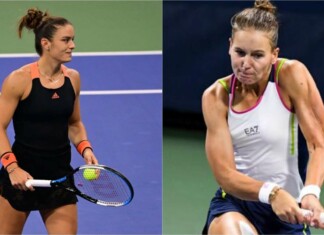 T Rushitha - January 20, 2022
World No.8 Maria Sakkari will lock horns with Veronika Kudermetova of Russia in the third round of the Australian Open 2022. Maria Sakkari vs...