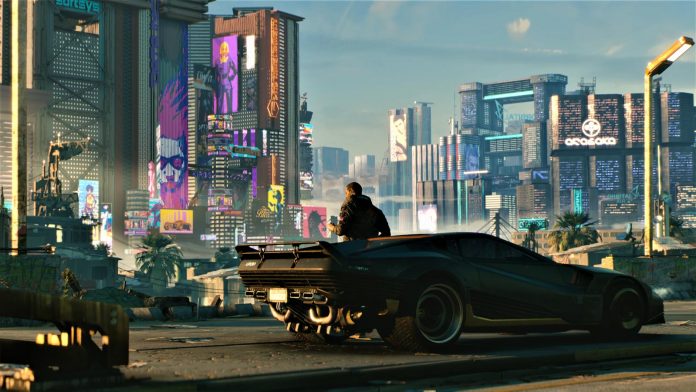 Cyberpunk 2077 was one of the most awaited games of the last decade. It was a Open world RPG developed by CD Projekt Red, a renowned game studio. The game was eventually released in the late 2020s. However the game faced a controversial launch as it was riddled with bugs and glitches. Moreover the glitches were so severe that the game was reported impossible to play by some players. However this didn’t stop Cyberpunk 2077 to be among One of the Best selling games of 2020.

Some of the other nominations are games like DOOM Eternal, Grand Theft Auto and The Sims 4. However sports game came in blazing, clinching 3 spots in the top 10 list.

Cyberpunk 2077 is one of the Best selling games of 2020: Why and how it will affect the game currently

The game was promised by the developers almost a decade ago. The hype build up around this game was absolutely ridiculous. Moreover this was accentuated by the critical success of the Witcher 3 series. The Witcher 3 is considered by many as the single best RPG game ever made. Thus a game, by the same developers, was highly anticipated by the eager fans. The excitement around its release was nothing less than amazing.

The game finally released to the general population on December 10th of 2020, after multiple delays. However the eventual product was met with an angry and disappointed fanbase. The game was neigh impossible to play and the glitches were everywhere. Players from consoles to PCs, all faced the brunt of the crashes and game breaking bugs.

This led to a massive outcry about the quality of the game on various social media platforms, mostly on Twitter. Fans expressed their disappointment at the much awaited title. However the backlash was further gaslighted by the positive reviews of the reviewers before the official release. Likewise the backlash became so severe that CD Projekt Red had to offer refunds. Moreover the game was also removed from the console online and physical stores and players were refunded their money.

Other games nominated for 2020

Cyberpunk 2077 wasn’t the only impressive title that was set to release in 2020. The year saw the release of games like DOOM Eternal, Call of Duty: Black Ops Cold War and Call of Duty: Modern Warfare. These games and earned $454 million, $678 million and $2 billion respectively.

Moreover the year was a great one for sport games. NBA 2K21 made $889 million and NBA 2K20 made $771 million. This earned them the fourth and fifth rank respectively, on the list. Moreover the last premium game on this list also a sports game. FIFA 20 raked in $1 billion and was a strong contender in the list.

The gaming market was further lifted due to people staying in due to quarantine all over the world. The games were an escape for some people and for some, to just pass some time. All in all, it was a great year for the gaming industry and we expect its further rise into the limelight.

Also read: How to use the Breach Protocol Solver to hack in Cyberpunk 2077

Yakshpat Bhargava - June 15, 2021
It would be safe to say that it has been Joel Embiid, who has carried him team on his shoulders past the Atlanta Hawks...