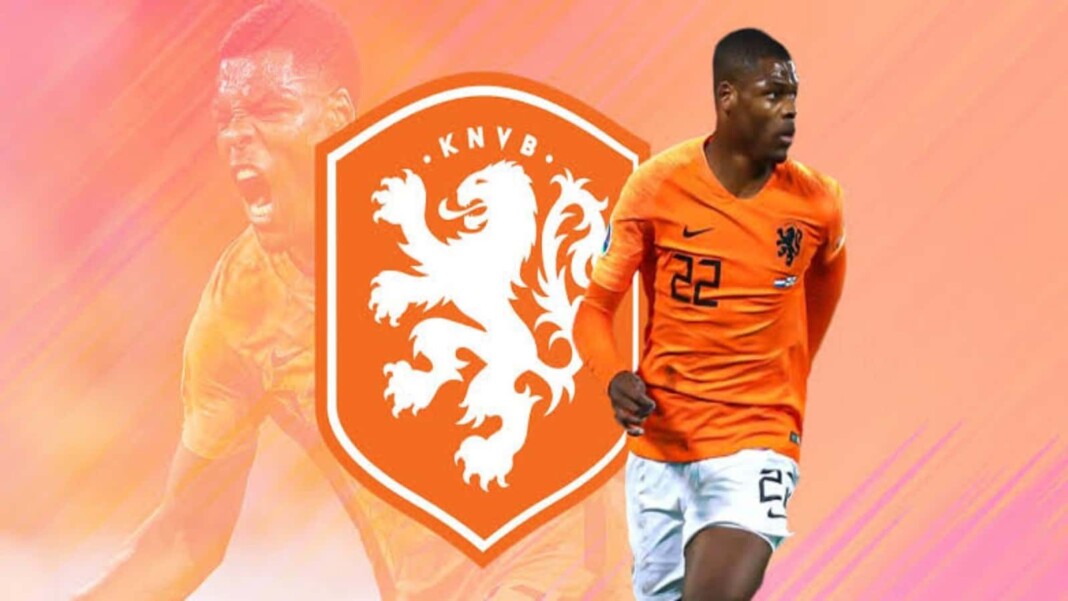 With the second round of the Euro 2020 fixtures underway, Netherlands have qualified top of their group with a perfect six points out of six so far. They face the third placed team of one of groups D/E/F in the round of 16, with their last group stage match against North Macedonia reduced to a dead rubber fixture at this point.

The Dutch side put in two strong performances in a row, holding off a comeback against Ukraine in a thrilling match that eventually finished 3-2 and a comfortable 2-0 win against Austria: and one particular player has stood out on both occasions. Right-back Denzel Dumfries scored the winner against Ukraine with a header, and doubled his tally against Austria by finishing off a quick counter-attack. He also earned the penalty for the opener in the same match, playing a part in both goals that the Oranje scored against the Austrians.

Dumfries’ first professional club was at the age of 18 with Dutch second division club Sparta Rotterdam. In his second season with the club, Rotterdam gained promotion to the Eredivisie and finished the next season one place above relegation. Another Dutch club, Heerenveen, spotted his talent and signed him for the 2017/18 season. However, this eventually lasted just one year as European regulars and domestic heavyweights PSV signed him up in the summer transfer window of 2018. Till date, he has made 124 appearances in three seasons, with 16 goals and 20 assists to show for it.

Regarding the next step in the defender’s career, Manchester United had shown a slight interest back in 2019 but nothing was acted upon. More recently, Everton are said to be interested in signing the player this summer, and the defender himself has made it known that he is also looking for a move to a bigger club. The Dutch international can play right-back, right-wing-back and right-midfield, and his versatility makes him a very desirable option for various clubs.

Everton were close to signing an agreement with Dumfries before the Euros tournament, as they had identified him as a replacement for ageing club legend Seamus Coleman. However, his last two performances are sure to have pulled a few scouts’ and managers’ attentions. There are already faint rumours of Bayern boss Julian Nagelsmann wanting him as a right wing back in his back-three system, with Pavard likely to settle into a centre-back role.

Serie A winners Inter Milan too are said to be interested in signing a replacement for Achraf Hakimi, and no matter what club he moves to it is already understood that Dumfries will be leaving PSV this summer. His release clause of just 15m makes him all the more desirable as a target.

“A contract extension does not automatically mean that I will stay here longer,” the defender said back in January. “My interests currently align with those of PSV of course – but I also have my own career. There are new things on the horizon for me. I do feel that, as a footballer and as a person, I am ready to take the next step abroad.”

Transfers aside, Denzel is playing some of the best football in his career at this moment. With the protection of a back three behind him in Frank de Boer’s 3-4-1-2 system, he has full license to bomb up and down the right flank. While defensively sound, he also has the ability to whip in the perfect cross and when teams try and fail to play a high line against him (read: Austria), he is capable enough of exploiting the space in behind.

Netherlands next play North Macedonia in a dead rubber, with Netherlands already having booked the top spot and Macedonia out of the tournament.