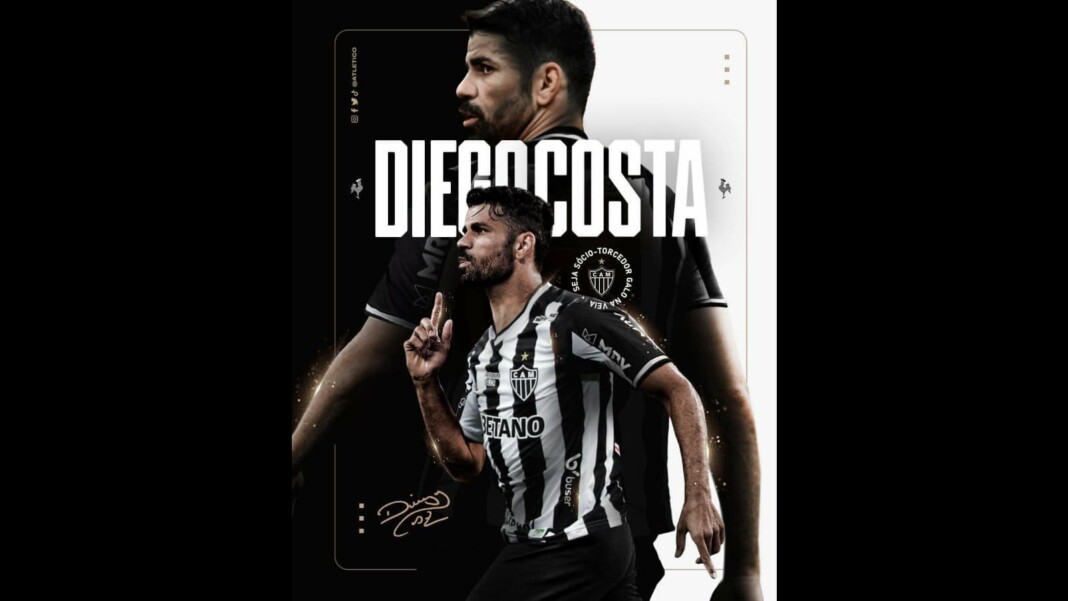 Early in Sunday morning, Brazilian side Athletico Mineiro confirmed the signing of Diego Costa. Many clubs like Benfica and Besiktas were interested to sign Costa but he decided to join Athletico Mineiro and return home to Brazil.

The 32 year old striker had been a free agent since he left Athletico Madrid at the end of December 2020. Costa rejoined Athletico Madrid from Chelsea on a permanent 3 year and a half year contract in January 2018, but left Wanda Metropolitano midway through the 2020/21 campaign

Costa has signed a contract until December 2022 at Athletico Mineiro, who is the current leader of the Brasileirao.

Born in Lagarto, Costa made two appearances in friendly matches for his native Brazil before switching nationality and playing 24 times for Spain. He will reinforce an attack that already has Hulk, Eduardo Sasha, Chilean Eduardo Vargas, Venezuelan Jefferson Savarino and Argentinian Ignacio Fernandez.

This will be the first time in Costa’s career that he will be playing in Brazil, having only played in Portugal, Spain and Chelsea as a professional player.