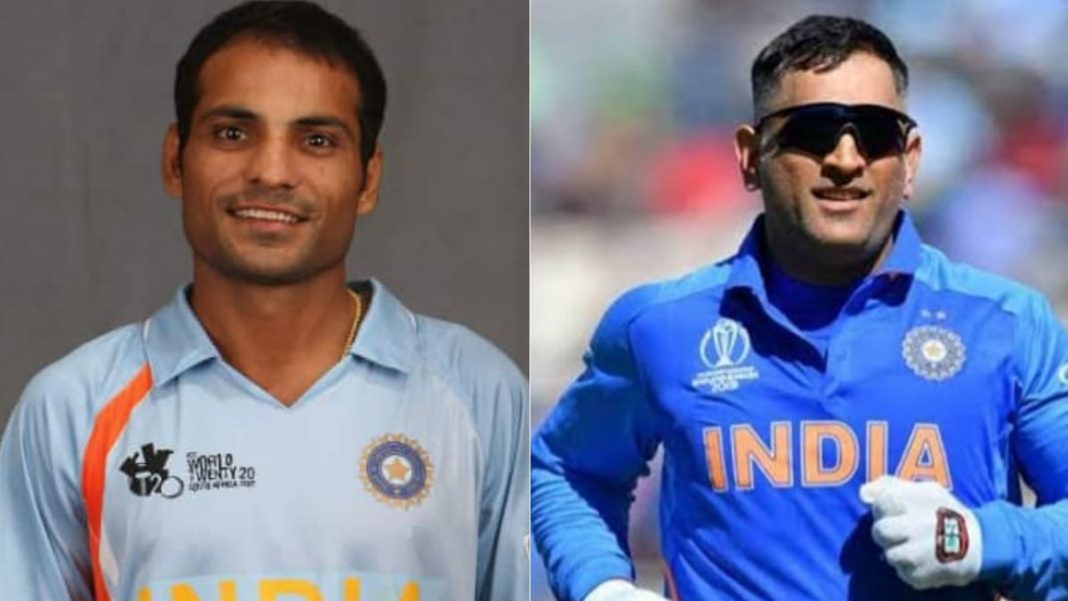 India faced arch-rivals Pakistan in the summit clash and needed to defend 13 runs in the last over of the inaugural 2007 World T20 Final in Wanderers, Johannesburg.

In a controversial decision, the then captain MS Dhoni gave the high-pressure over to Joginder Sharma, who was relatively new to International cricket. MS had the option to give them over to more experienced Harbhajan Singh but he instead chose Joginder and the rest is a memorable history. India managed to win the World Cup from the jaws of defeat by defeating neighbors in a high-octane clash.

However, it was not before Joginder Sharma conceded a wide and a six in the last over to tense the Indian dugout. Yesterday, ‘Captain Cool’ shocked the world by announcing retirement from international cricket. On his retirement, Joginder recollects how his captain was always calm under pressure and always told him to not lose hope after getting hit by the batsman.

Joginder gave his honest opinion on Dhoni in his column for Hindustan Times. “The highlight of my career is the last over in the final. However, what people forget is that I was the only bowler to bowl the last over versus Australia in the semifinal too. Whereas, R.P. Singh bowled the penultimate over in both the matches. This shows that backing his plan is what brought success to Dhoni.” said Joginder Sharma.

He further added the words said by the wicketkeeper before the final over in the title clash. ” Since it was his plan, he didn’t even think twice before handing me the ball. Moreover, he motivated me and told, ‘ don’t think too much. Even if you get hit, just strike it off and concentrate on the very next ball. Whatever may be the outcome of the match, you will always have my full support’.” remembered Joginder Sharma.

No one ever thought that India would win the tournament since the likes of Sachin Tendulkar, Anil Kumble and Rahul Dravid pulled out of the tournament. This made the victory even sweeter and Joginder Sharma, an overnight star. This also marked the beginning of a legendary captaincy stint by M.S. Dhoni. Now when he has announced his retirement, even Joginder Sharma can’t help but remember the legend’s sheer brilliance.