Carey is one of the architects behind F1's recent success, despite coming from a non-motorsport background. 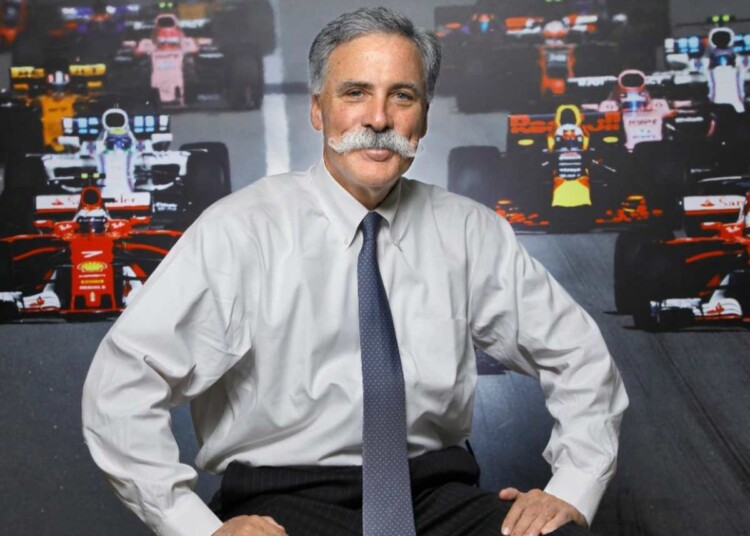 Chase Carey is the non-Executive Chairman of Formula 1. Carey took up this position after vacating his role as the F1 CEO before the 2021 season. Chase’s involvement in F1 started after the 69-year-old replaced the decades-long reign of Bernie Ecclestone. Liberty Media’s acquisition of the sport allowed the Irish-born American executive to begin his journey at the pinnacle of motorsport.

However, unlike most senior personnel in the paddock, Chase did not have prior experience in motorsport. Carey had previously worked in a foray of broadcasting and media houses. The Harvard graduate rose up the ranks at Fox and eventually became the CEO of Fox Broadcasting Company. Carey still remains a board member of Fox Corporation after resigning from his position at News Corporation in 2016.

Presently, Carey is one of the chief architects of F1’s new era. Chase spearheaded the sport’s revamp in recent years including the 2022 new regulations. Although, Carey’s biggest accomplishment in the sport is often regarded as the new Concorde agreement. The 69-year-old convinced the entire F1 grid to agree upon a more economically balanced prize structure as well as playing a part in the historic F1 cost cap.

Carey has had a long and successful executive career. Chase has headed some of the biggest broadcasting organizations for over three decades. Thus, it is no surprise that the 69-year-old is estimated to have a net worth of $44 Million in 2023. The current F1 non-Executive chairman has previously been the CEO or COO of major organizations, as such this figure is definitely justified.

Chase is even known for stock trading. Carey is reported to own millions of dollars worth of shares of Twenty-First Century Fox. Certainly, such shares and investments further bolster his wealth. Consequently, this figure will only increase in the coming years as the American executive continues on his immensely successful career. Although, this number is lower than some other names in F1, such as Toto Wolff.

Leading one of the biggest sports in the world is no easy job. As such, Carey receives a rather big remuneration for his duties as the F1 non-Executive Chairman. Chase reportedly earns $20 Million every year. Undoubtedly, F1’s increased popularity in recent years has generated more revenue for the sport and the teams. Officials such as Chase and Stefano Domenicali deserve a significant slice of this lucrative pie.

Carey is one of the biggest figures in Formula 1. Couple this with the American’s extensive executive career, which makes Chase the ideal target for brands with lofty ambitions. Unfortunately, no information is available regarding any endorsement deals for the 69-year-old. Although, perhaps one day, the American may surprise the paddock while entering with a shiny new sponsored outfit.

Wendy Carey is the wife of Chase. The pair have lived a happy and long marriage over the years. The two are occasionally spotted together in the F1 paddock. Although, the two have opted to live a private life away from the prying eyes of the media. As such, not much information is available about the Chase family. However, fans must respect the personal lives of Chase and Wendy.

What is Chase Carey’s Net Worth?

What is Chase Carey’s Salary in Formula 1?

Who is Chase Carey’s wife?

Wendy Carey is the wife of Chase Carey.

How old is Chase Carey?

Where is the residence of Chase Carey?

Where was Chase Carey born?

Carey was born in Ireland.

What is the nationality of Chase Carey?

Read More: The Formula 1 Drivers with the most Grand Prix wins in wet weather

Read More: The list of the highest average grid positions in Formula 1 provides a new picture to the sport