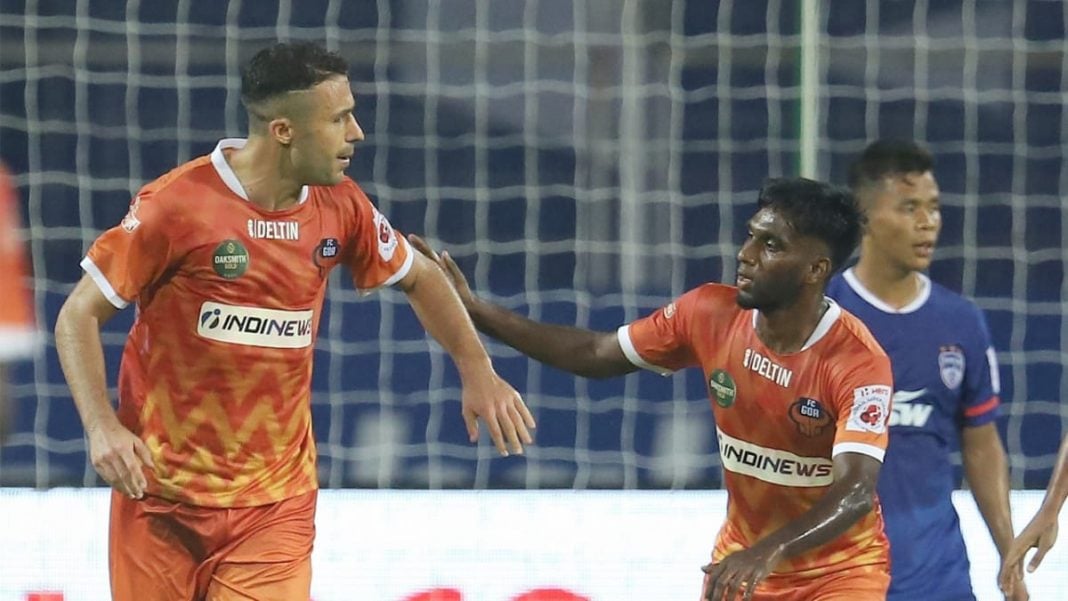 Season 7 of the ISL is on way at Goa as Covid-19 forced all teams to play in the same place. Goa hosts this year’s edition with three stadiums being allotted for each of the 11 teams as ‘home’ stadium. FC Goa played Bengaluru FC at the Fatorda Stadium.

Bengaluru FC were the favourites going into this match, boasting a super strong squad. Indian National Football Team captain Sunil Chhetri captains Bengaluru FC too. The team has won one title since their ISL debut in 2017. FC Goa has gone close, but always has been ousted by some other team.

Bengaluru FC started brightly than FC Goa and got their goal in the 27th minute. Half an hour later Australian defender Erik Partaalu headed the ball towards Juanan and the latter volleyed it in. FC Goa found themselves trailing by two goals near the hour mark. However, Brandon Fernandes and Alberto Noguera replaced Princeton Rebello and James Donachie. The two of them combined to set up the first goal for FC Goa as striker Igor Angulo put the ball in the net. One another substitute, Alexander Romario Jesuraj set up the striker again as FC Goa drew level.

Credit goes to Juan Ferrando for making some sublime changes and turning the match on its head.

Also read: Everton hold on for win against spirited Fulham