“F*cking two times,” Arsenal’s Martin Odegaard reportedly gets involved in a fight with AC Milan management during a friendly 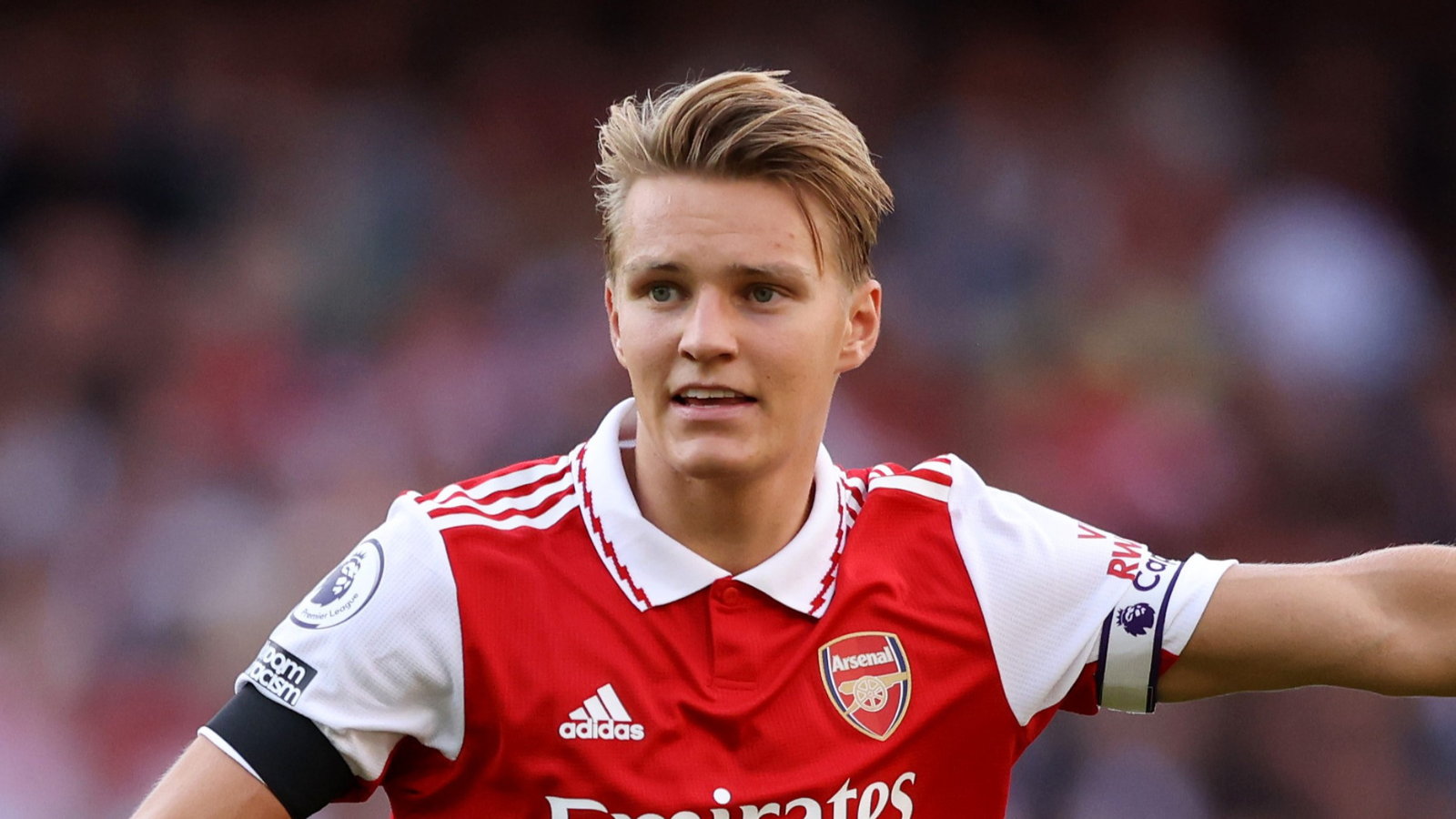 On Tuesday, Arsenal and AC Milan faced off in a friendly match that had a moment of tension. Martin Odegaard, a star player for the Gunners, was reported to have exchanged some words with Stefano Pioli, the Milan manager. Both teams are gearing up for their upcoming domestic matches after the World Cup and were competing in the Dubai Super Cup. The Gunners had a great start in the tournament, as they won 3-0 over Lyon and also won the penalty shootout.

Without the presence of Aaron Ramsdale and Matt Turner, twenty-year-old goalie Karl Jakob Hein stepped up to the plate and managed to prevent any goals from being scored against his team. Additionally, he made four great saves in the penalty shoot-out. Mikel Arteta’s squad welcomed back players from the World Cup for their match against Milan today, featuring Ben White and Thomas Partey in the starting line-up. The two were then substituted at half-time.

Arsenal reporter Kaya Kaynak stated that Fabio Vieira of Arsenal and AC Milan’s Sandro Tonali had a run-in late in the first half. Arsenal captain, Odegaard, was not pleased with the incident and reportedly approached Pioli in a fury, shouting:  “F***ing two times! It’s a friendly.”

Odegaard kicked off the scoring after 21 minutes with a free kick, and then Vieira set up Reiss Nelson just before the break. It took until the 71st minute for the first yellow card to be shown, with Eddie Nketiah receiving the caution. Milan responded with a goal from Fikayo Tomori at the 77th-minute mark.

Arsenal secured the Dubai Super Cup after a thrilling 2-1 victory over Italian champions AC Milan at the Al Maktoum Stadium. Mikel Arteta’s side, who had earlier beaten Lyon 3-0, scored two goals in the first half through Martin Odegaard and Reiss Nelson. Milan responded with a goal from Fikayo Tomori in the 78th minute, but Arsenal withstood late pressure from the Rossoneri to hold onto the win. In the penalty shootout, Brahim Diaz and Rade Krunic missed their chances, allowing the Gunners to clinch the trophy.

Arsenal welcomed Ben White and Thomas Partey back to the starting lineup following the World Cup, but AC Milan enjoyed the better start at the Al Maktoum Stadium. With Zlatan Ibrahimovic and ex-Gunner Olivier Giroud missing, Divock Origi was chosen to be the striker, and the Belgian created a 20-yard shot in the 11th minute. Origi’s deft pass got him away from Rob Holding, yet his curled attempt bounced off the crossbar before Arsenal began to reduce the errors and gain control of the match.

With 21 minutes on the clock, Odegaard showed Origi how it’s done with a remarkable free kick that soared over the wall and into the back of the goal after Nketiah was fouled. Later, Origi almost scored in the 27th minute after Adli’s floated cross from the right, but he oddly headed far from the goalpost from a short distance.

Also Read: France has everything to lose against a Moroccan side that has nothing left to prove in the 2022 FIFA World Cup