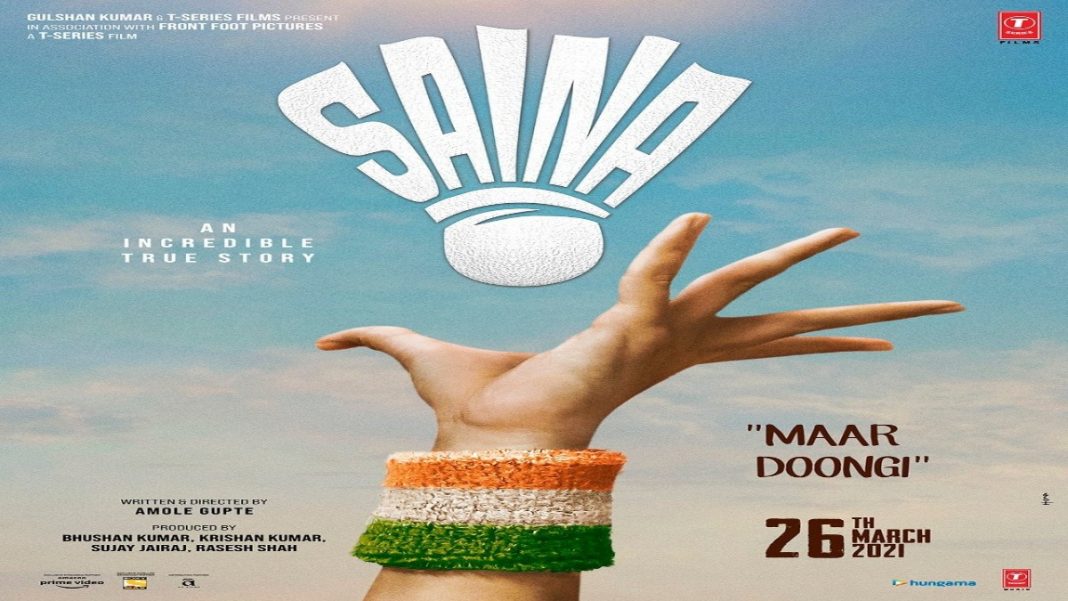 It is not an uncommon trend in India for the life story of sportspersons to be brought to life on screen by making movies on their struggles and journey to become an inspirational figure. In recent times, biopics on cricketers like MS Dhoni and Sachin Tendulkar have been made. Similarly, other films like Mary Kom, Dangal and Bhaag Milkha Bhaag among many others have done the same.

In that vein, a film on the life of badminton sensation Saina Nehwal has been made and is set to release on March 26, 2021. Saina is among the most decorated and most popular sports stars in India and has brought a plethora of laurels to the country in her career, with her most notable being the bronze medal in the Olympic Games in 2012 in London.

Makers of ‘Saina’ release a video announcing the date of release

‘Saina’ is directed by Amole Gupta and stars Parineeti Chopra as the titular character. The movie is produced by T Series’ Bhushan Kumar and Krishnan Kumar, Sujay Jairaj and Rasesh Shah in association with Front Foot Pictures and AGCPL.

Saina Nehwal herself took to Twitter to share the release date announcement video and wrote, “I’m so glad to share a glimpse of my upcoming movie, #Saina. Lots of love to the entire team. In cinemas on 26th March. @ParineetiChopra #AmoleGupte @Manavkaul19 @eshannaqvi #BhushanKumar @deepabhatia11 @sujay_jairaj @raseshtweets #KrishanKumar @AmaalMallik @manojmuntashir …”

It’s noteworthy that initially Shraddha Kapoor was attached to star in the film before she dropped out due to scheduling conflicts and was replaced by Parineeti Chopra. To train for the role, she underwent training everyday which led to her suffering a neck injury in 2019.

The film will be released on the 26th of March.

Also Read: Jasprit Bumrah has withdrawn from Indian squads due to his impending marriage – Reports

Nevin Clinton - April 14, 2021
Sunrisers Hyderabad (SRH) will take on an upbeat Royal Challengers Bangalore (RCB) today, looking to bounce back from the defeat in their first encounter....