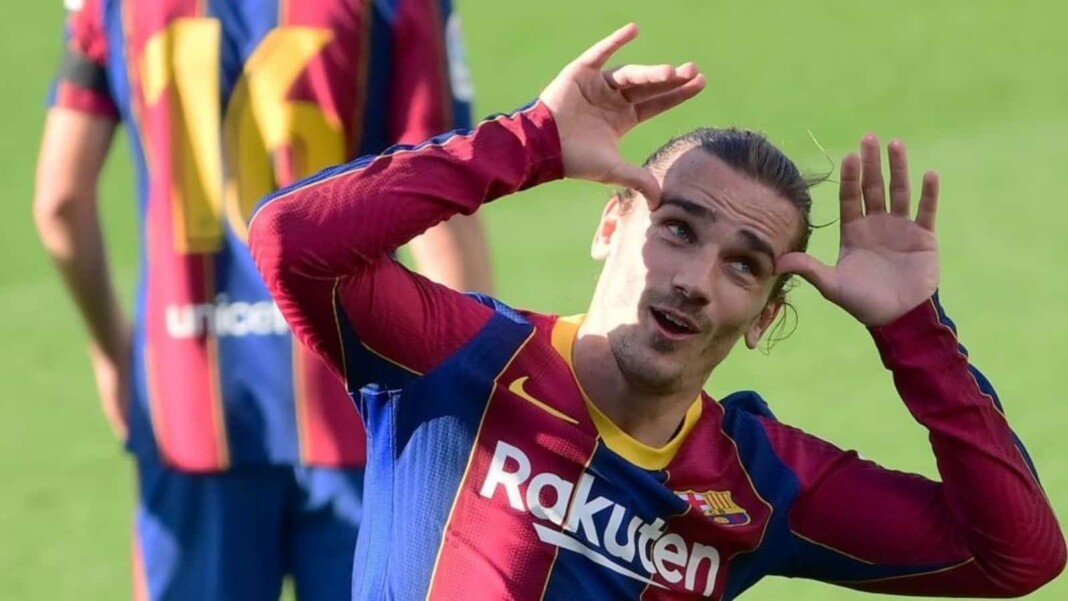 An old video of the FC Barcelona and France duo Antoine Griezmann and Ousmane Dembele has resurfaced online which shows the duo mocking at Japanese workers. The footage however, was not filmed during EURO 2020 as the player’s hairstyles are completely different and speculations have been made that it was actually from 2019.

However, the FC Barcelona forward, Antoine Griezmann has now taken to his social media accounts to respond to the allegations of racism made against him and his club teammate. The video which was uploaded on Snapchat, has resurfaced within a week of France’s shock exit from the EUROs this summer.

France were eliminated from the EUROs after Kylian Mbappe failed to convert his spot kick against Switzerland. The news comes in the wake of France’s recent elimination in the round of 16 which followed reports of major internal discord within Didier Deschamps’ squad involving Kylian Mbappe, Adrien Rabiot and Griezmann.

Now, this drags Antoine Griezmann’s name further to the mud, and the video has sparked outrage under the hashtag #StopAsianHate. A number of people have called out to the French Football Federation to release a statement and take actions for the players involved.

The tape caught the duo laughing at Asian workers who had come in their hotel room to fix their television sets.

“All these ugly faces, just so you can play PES (Pro Evolution Soccer), aren’t you ashamed?,” Dembele tells Griezmann. “What kind of backward language is that?” and “Are you technologically advanced in your country or not?” he later adds.

However, now it remains to be seen whether any action is taken against the duo for these accusations, as we have seen in the past in such cases.