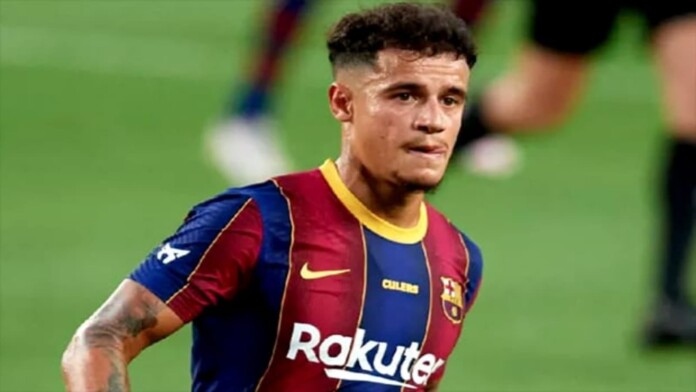 The transfer window is all set to start in the next weeks and the clubs have started to draw their plans to fill the loopholes and bring in quality players. On the other hand, clubs like Barcelona are looking to offload a few players as they are going through a financial crisis. In order to limit their financial losses, Barcelona are open to selling Philippe Coutinho in the upcoming summer transfer window.

The Catalan outfit is also looking to extend the contract of their star player, Lionel Messi. In the press conference, Joan Laporta stated the club’s limitations but is hopeful of signing an extension with the player. He said:

The club has also undertaken the stadium project which is costing them along with the inflated prices of the players. In order to strike the balance, Barcelona are looking to sell the former Liverpool player in the summer transfer window.

What is the update on Philippe Coutinho?

Barcelona signed Philippe Coutinho from the English Premier League outfit, Liverpool for a record fee of €135 million in the winter transfer window of 2017/18. However, the player failed to live up to expectations in Barcelona. The frequent managerial changes also didn’t help the player’s cause.

However, the German champions, Bayern Munich signed the player on loan in the summer transfer window of the 2019/20 season. With the German outfit, Philippe Coutinho won the Champions League as well as other domestic trophies. The player returned to Spain in a hope of more game time but the Brazilian played only in 12 games for the side in La Liga. In those games, he has 4 G/A to his name.

Coutinho is on a contract of €165,000 per week wage and the club wants to cut down the cost. According to the renowned transfer journalist, they have put him on the transfer list. Fabrizio Romano tweeted:

The rumors link the player with a return to England. Though Arsenal are not interested to sign the playmaker, they need a creative midfielder to feed the striker. Carlo Ancelotti is also interested in signing the player who is available at a lower cost.

3 Reasons Why Falco Is One Of The Best Pets In...