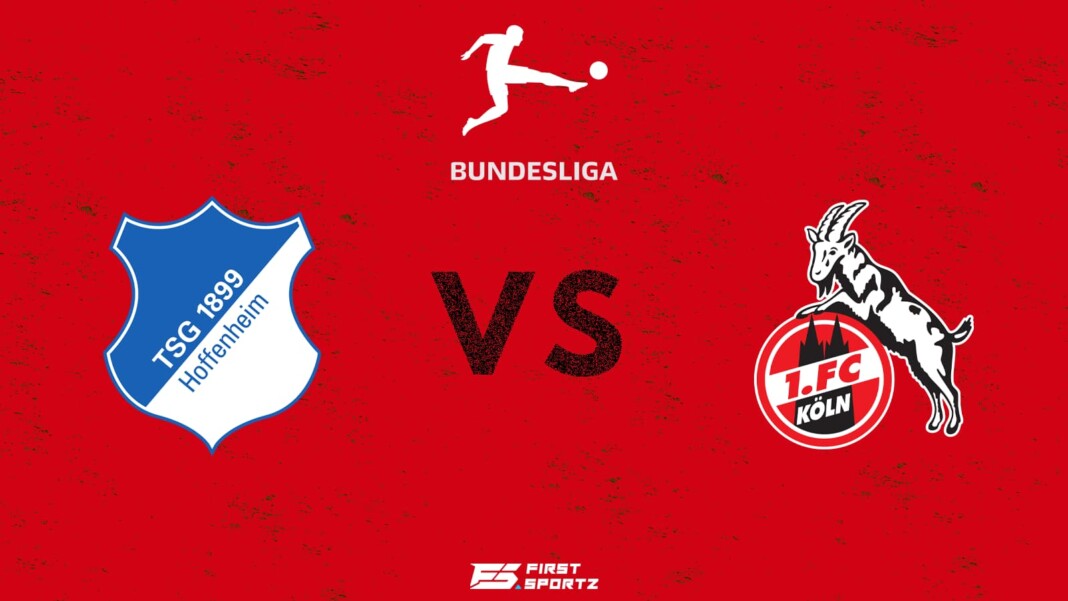 Hoffenheim welcomes FC Koln at the PreZero Arena on Friday 15th October as club football returns after the international break. Hoffenheim have registered 8 points from their seven games played so far, while the visitors are sitting sixth in the table with 12 points to their name.

Hoffenheim have had a mixed start to the season and as a result find themselves in the bottom half of the table in 11th place with 2 wins, 2 draws and 3 losses so far this season. Hoffenheim have put some decent performances in the recent games beating a strong Wolfsburg side 3-1. However Sebastian Hoeneb’s men failed to built on from their victory as they were beaten 3-1 by Stuttgart in their last game before the international break. A win against Koln is tough ask but it will surely be the perfect way to bounce back from the loss and Hoffenheim do have the quality to grind out a result as they’ve shown it in the past.

On the other hand, visitors FC Koln have made a fine start to the new season after battling relegation for most parts last season and also playing a relegation playoff against second tier team. It’s been an excellent turnaround for FC Koln and a win against Hoffenheim will see them enter the top four. FC Koln came away with all three points in their last game against Greuther Furth before the international break winning 3-1 on the night. A brace from Ellyes Skhiri and a goal from Sebastian Andersson was enough to seal the victory. Steffen Baumgart’s men are now unbeaten in their last five league games having 2 wins and 3 draws respectively.

Hoffenheim will host FC Koln at the PreZero Arena in Sinsheim, Germany. It was previously known as Wirsol Rhein-Neckar-Arena and has a total capacity of 30,150 seats.

Despite having conceded 9 goals so far this season FC Koln have looked in fine form this season and a win for Hoffenheim will be a tough ask. However they’ve also had some decent performances of their own. However we predict a draw in this game with the points being shared between the two sides.

Also read: “If I lived in Manchester it would be a problem” – Tyson Fury jokingly warns Cristiano Ronaldo