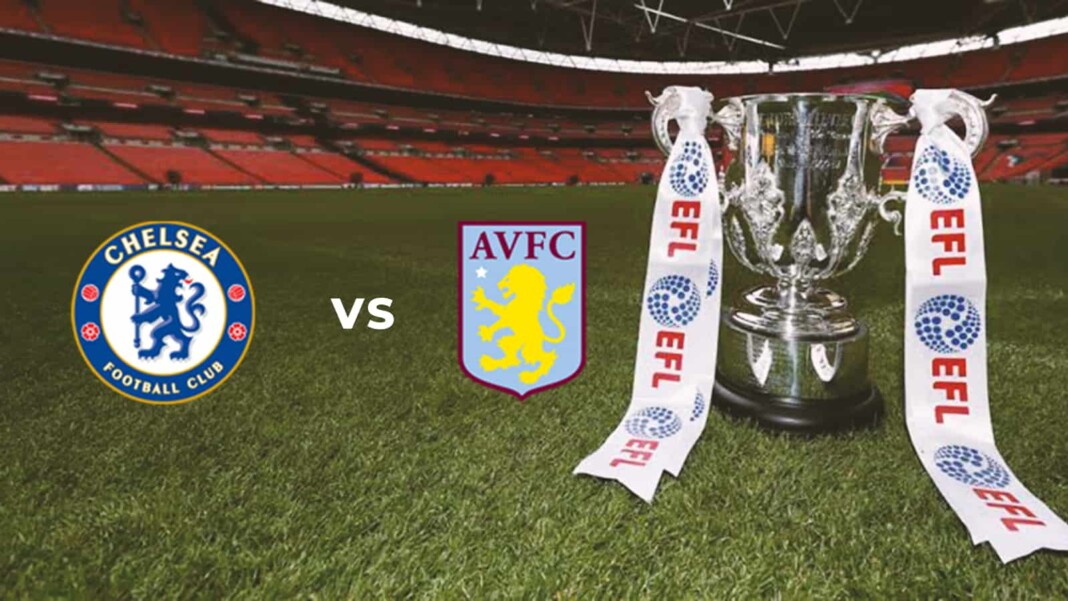 Chelsea vs Aston Villa : Chelsea will go head to head against Aston Villa in the third round of EFL Cup this season. Let’s check out the preview of both the teams before Saturday’s fixture and also the television broadcaster where the match will be live.

Chelsea will be playing their first match in the EFL Cup against Aston Villa in the third round of the competition. Chelsea looks to be in a terrific form as they continue their momentum from last season’s Champions League win. Their last match was against Tottenham, their london rivals. The match was completed dominated by Chelsea as they went on to win the match with a comfortable 3-0 scoreline.

Aston Villa will be coming into this fixture after their comfortable 3-0 win against Everton in the Premier League. They look to be in a pretty good shape this season and will be ready to take on Chelsea in the third round of the EFL Cup. In the second round of the EFL Cup, Aston Villa completely dominated over Barrow AFC as Archer scored a hattrick in the game for Aston Villa ending the match in a 6-0 scoreline.

The match between Chelsea and Aston Villa will be played in Stamford Bridge, home ground of Chelsea on 23rd of September at 12:15am (IST).

Chelsea will most definitely be the obvious choice for this game’s winner as they are at the recent stage taking down any and every opponent that is coming in their path. Aston Villa has a very little to no chance to win this match but still they will keep their hopes alive. The prediction for the match Chelsea 4 – 0 Aston Villa.