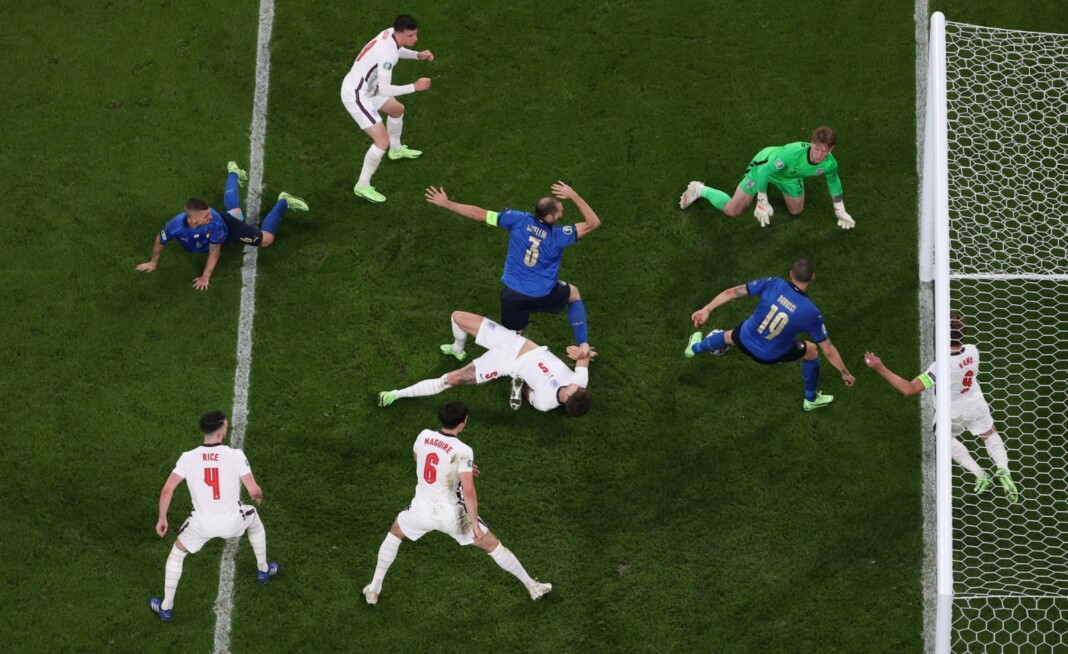 The EURO 2020 finals have surely lived up to the billing so far and the match has ebbed and flowed in every direction so far. England made an exhilarating start to the game scoring the fastest goal ever in the EURO Cup finals.

However, the Italians have responded in style after a frustrating first half which saw the Azurris being frustrated in front of goal by a defensively astute English side.

Italy are back into the tie with Leonardo Bonucci’s equalizer

The equalizing goal for Italy came from an excellent delivery from a corner after Federico Chiesa shot from range which had to be cleared out by Harry Maguire behind for a corner.

The goal came in the 67th minute and has changed the tide of the match as Italy look more and more the likelier side to win the match from here on.

Lorenzo Insigne delivered a curled ball into the penalty region which was met by diminutive midfielder Veratti who headed it goalwards. Pickford made a fine stop to deny his header but the ball fell into the feet of Bonucci who was there to poke it into the back of the net to get the all important equalizer in the finals of the EURO 2020.

The match currently stands at 1-1 and is headed for a super finish which would be a perfect way to end the EURO 2020.