Everton were deserted by their fans on Wednesday after Liverpool ran riots at Goodison Park. Not many fans expected Everton to win the game due to their very poor run in the Premier League. But a demolishing by their main rivals, Liverpool left the Toffees fans furious.

Liverpool registered their most emphatic win at Goodison Park in almost 40 years as they beat Everton 4-1, leaving the Toffees in 14th place.

Liverpool’s 4-1 win was their biggest win since the legendary Ian Rush scored 4 times for the Reds in 1982, helping them to win 5-0 against Everton.

Everton’s collapse in the Merseyside Derby:

Everton went into the hugely anticipated game with not a lot of confidence as they had not won any of their last 5 Premier League matches. However, Liverpool were flying in confidence winning their last 2 League games. The Everton fans were not expecting a tight contest as Liverpool clearly were the better team this season.

But what the home fans saw on the pitch was one of the worst performances Everton had put up against Liverpool. There was no urgency for most parts of the game and their style of play looked frantic. Liverpool dominated the game from start to finish and could have easily wrapped up the game before the half time whistle.

Liverpool star, Mohamed Salah could have had 3 goals to his name in the opening 15 minutes if it wasn’t for the individual brilliance of Toffees keeper Jordan Pickford. HE kept Everton at bay and within touching distance of Liverpool for the first 45 minutes.

The cheery atmosphere in the atmosphere changed when England captain Jordan Henderson broke the deadlock for Liverpool in the 9th minute. It was all Liverpool after that as Egyptian star Mohamed Salah scored the Reds’ 2nd goal in the 19th minute. It was not the Everton fans wanted to see and Liverpool weren’t showing signs of slowing down.

By the time the clock hit the 25 minute mark, many Everton fans were already seen leaving the stadium knowing there was no chance of catching Jurgen Klopp’s Liverpool. There were “boos” ringing inside the stadium before the half time whistle.

Everton were given a bit of hope when Demarai Gray slotted the ball beneath the Liverpool keeper Alisson the halve the deficit before half time and make it 1-2. This gave Everton fans and the players some hope but it was all Liverpool in the 2nd half.

Salah ran the length of the Everton half to score Liverpool’s 3rd goal in the 64th minute, before Portuguese striker Diogo Jota made it 4-1 to Liverpool with a beautiful finish in the 79th minute.

Everton are stuck on 15 points after failing to win the game and are in the bottom half of the Premier League table.

Also Read: Premier League: Everton vs Liverpool Player Ratings as the Reds were 4-1

Everton fans turn on Manager and the Everton Board:

As Liverpool went on to beat their main rivals Everton 4-1 at the Toffees’ home ground, chants of “sack the board” and “sack the manager” were heard from the Gwladys Street, Everton’s most vocal stand.

Supporters around the Directors Box vented their anger at Everton Chairman Bill Kenwright and Marcel Brands, the Director of Football. The Everton fans threw bottles onto the pitch in frustration.

“Boos” were ringing inside the stadium after the full time whistle as fans had enough of seeing how the team was playing. Supporters protested with a huge banner that said,” We demand change and we demand it now”. The banner was held to bring notice about the club’s lack of ambition as compared to it’s rivals.

One Everton fan vented angrily at the Everton Board as they were exiting the ground. The fans could not believe that the Board didn’t care at all about the result as they were seeing laughing and joking after the game.

Everton’s current manager, Rafael Benitez was left numb after the game. Many fans called for his sacking while some were still supportive and said that the Spanish manager needed time.

Rafael Benitez will have to do a lot of wok before he gets on the good side of the Everton fans and that starts with a Monday night clash against Everton. 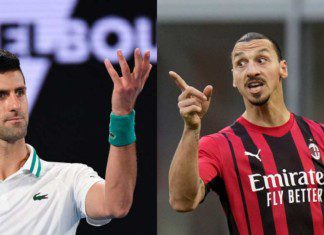 Lakshya Chopra - January 25, 2022
Since the last 3 weeks, World No.1 Novak Djokovic has been on everybody's radar but not for the right reasons. He has been getting...