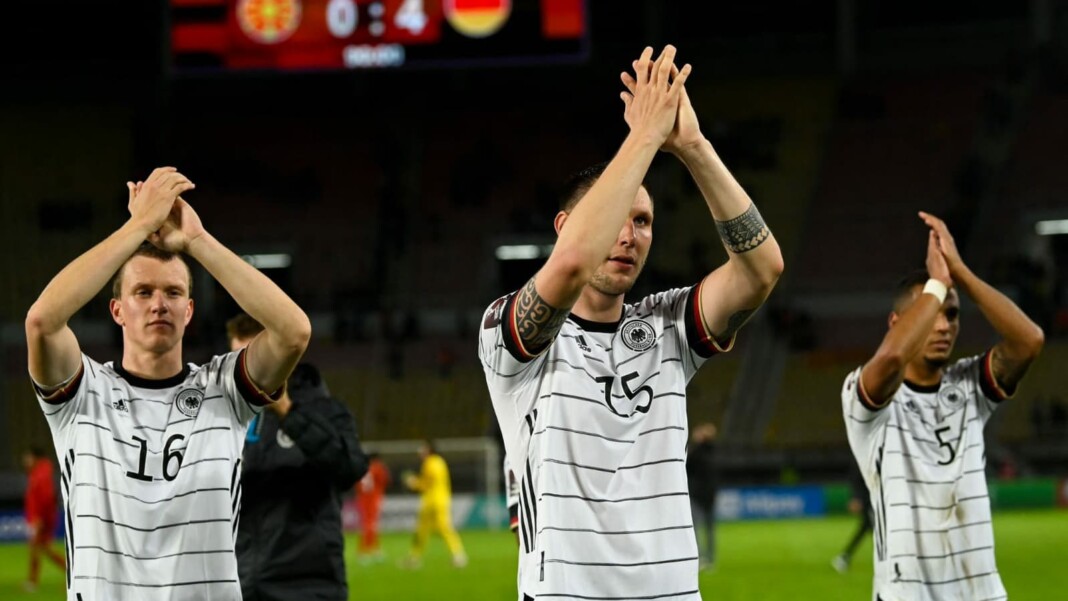 Germany have become the first team to qualify for next year’s marquee FIFA World Cup in Qatar, after the hosts who had already qualified due to their hosting rights. The Germans achieved the feat with a thumping 4-0 victory against North Macedonia in their recent qualifier.

The result was in stark contrast to the first meeting between the two sides in the World cup qualifiers, when North Macedonia pulled off a stunning 2-1 victory over hosts Germany. However, the Germans made no mistake this time around as goals from Havertz, Musiala and a brace from struggling striker Timo Werner gave them a comfortable victory.

All 4 goals came in a blitzkrieg second half of the match, after Flick’s side looked rather ineffective in the first half. Kai Havertz opened the scoring in the 50th minute, as Tumi Werner scored two goals in three minutes to take the tie beyond the North Macedonians. German teenager Jamal Musiala then added the cherry on top scoring his first goal for the national side to make this a memorable night for the teenage star.

Germany have won 7 of their 8 matches in the World Cup qualifiers and have picked up 21 points, giving them an unassailable lead at the top of Group J, ahead of Armenia, Romania and North Macedonia.