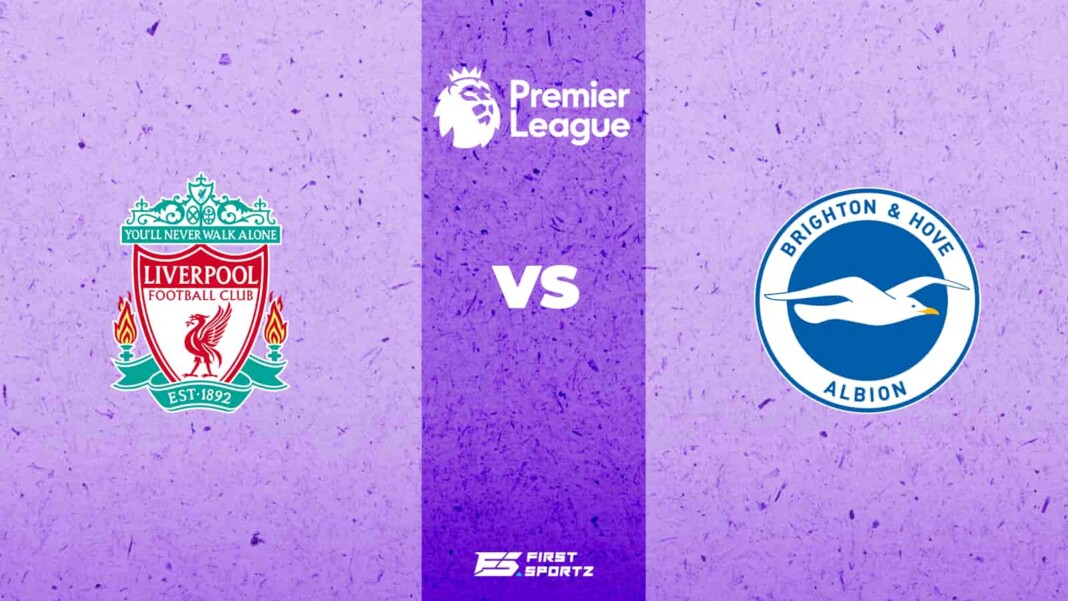 It was an emphatic win for Liverpool against Manchester United at Old Trafford whereas Brighton’s dream run was halted by Manchester City. The teams are coming off contrasting fortunes and will look to consolidate their position on the points table. Ahead of the Liverpool vs Brighton and Hove Albion game, here is our preview, prediction and live streaming details.

Liverpool were absolutely ruthless against Manchester United on Sunday in one of the most anticipated fixtures of the season. The team cut open Manchester United with their relentless attack at Old Trafford. Mohammad Salah scored his first ever hattrick at Old Trafford and became the player after Ronaldo to score a hattrick as an away player. Jurgen Klopp will be without Harvey Elliot for the game against Brighton.

On the other hand, Brighton were hapless against Manchester City as Phil Foden put him into the fork. Brighton conceded for goals against Cityzens. However, the team is in a great position despite the loss in the league and will hope to bounce back at the earliest. The return of Tariq Lamptey was positive news for the gaffer ahead of the Liverpool game.

Liverpool host Brighton and Hove Albion in front of the vibing Anfield crowd on Saturday. After defeating Manchester United, Liverpool fans are on top of the clouds. Brighton along with Graham Potter might experience an unnerving reception on Saturday.

Liverpool were ruthless against Manchester United that had one of the greats in the league. We expect them to continue the same form on Saturday. On the other hand, Brighton are not willing to go down without a fight. We predict Liverpool to reach the top of the points table with a win against Seagulls.