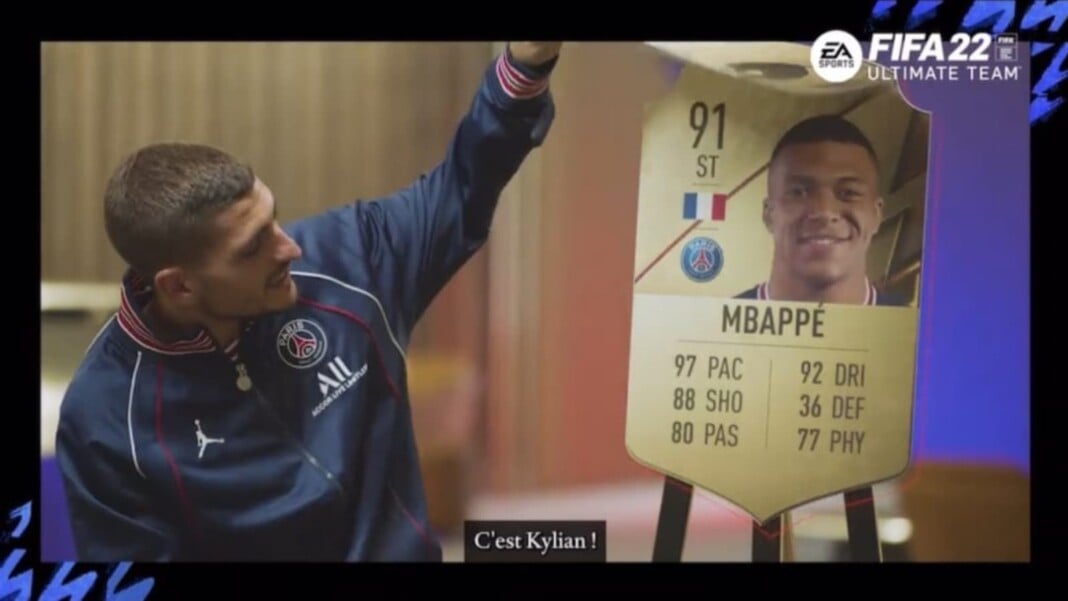 The official ratings of players in this year’s FUT cards of FIFA 2022 has started to roll out since the 13th of September. The official EA Twitter page has revealed the top 22 players this season in the game and once again Lionel Messi tops the list for the third consecutive season with a 93 overall rating.

Some of the clubs like Manchester City, Dortmund, PSG, Inter Milan have been doing reveal of the player ratings in their YouTube channel and some of the reactions that is recorded is just hilarious to witness.

Marco Veratti along with Gini Wijnaldum, Kylian Mbappe, Gianluigi Donarruma, Achraf Hakimi and Juan Bernat revealed the FUT cards of their own PSG teammates. The first card which was to be revealed was of Kylian Mbappe, Veratti immediately guessed it to be Lionel Messi after looking into the six stats on the card but was taken by surprise when it was revealed to be Mbappe’s card.

Veratti might not have properly seen all the stats because the card showed a 97 pace for the player and a person who plays and knows the game very clearly will know that Mbappe’s pace is much greater than that of Lionel Messi.

Lionel Messi has the highest rating in game, although having a 85 pace, the shooting, passing and dribbling of the Argentine had much greater stats 92, 91 and 95 respectively. While Kylian Mbappe had a wallopping 97 pace with 88 shot, 80 passing and 92 dribbling.

The top 22 PSG players in the FIFA 2022 was revealed in the Twitter. The PSG team this year looks like an already made career mode team in FIFA as this year the huge signings of the French club in a single transfer window has left many people in awe. The front three in PSG this year Messi 93, Mbappe 91 and Neymar 91 looks like the best front three that one can possibly start a game with in this year’s FIFA. 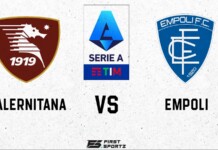