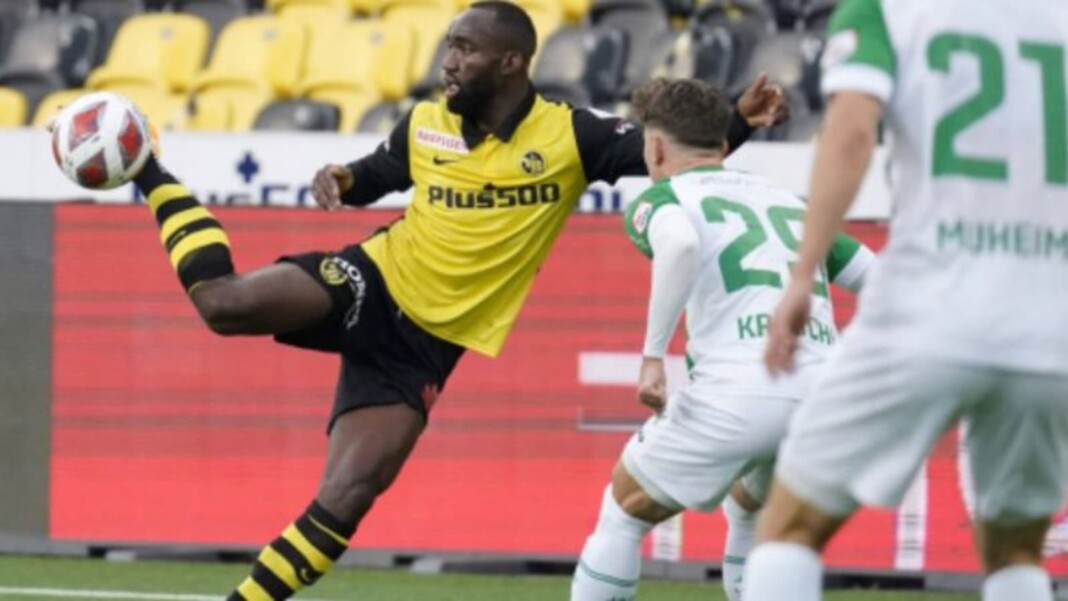 Scoring in the UEFA Champions League is always a great moment for a player. But to do that against Manchester United is what makes it even more special. Swiss club Young Boys registered an historic win against Manchester United in the UEFA Champions League. Nicolas Brice Moumi Ngamaleu was born on 9th July 1994 in Yaounde, Cameroon. Today we take a look at the Young Boys midfielder Moumi Ngamaleu’s net worth salary and more.

Ngamaleu started his football career as early at 17 years old and made his debut in Elite One with Coton Sport FC de Garoua. He won three domestic titles in his home country from 2013 to 2016 scoring a total of 33 goals in just 67 appearances.

Ngamaleu then made a move to Austria with Rheindolf Altach in 2016 and scored 6 goals in 30 appearances and helping them finish fourth in the league. Young Boys secured the signing of the Cameroonian midfielder in 2017 for an estimated fee of €23.8 million. The midfielder has made a total of 122 appearances scoring a total of 25 goals winning the Swiss Super League for three consecutive years and also won the Swiss Cup in 2019-20 and also registering his first ever Champions League goal against Manchester United. Ngamaleu made his Cameroon debut in 2017 against Guinea on 28th March 2017.

Moumi Ngamaleu Net worth and Salary

Moumi Ngamaleu’s estimated net worth is $3 million. And his salary at Young Boys is estimated to be around $1.5 million per year.

Moumi Ngamaleu currently has a sponsorship deal with Nike and also earns from the Cameroon National Team. Moumi also has a charity foundation in his home country under the name of Famille Chretienne.

Moumi Ngamaleu’s parent’s names are unavailable and there is not any relevant information available regarding to that.

Moumi Ngamaleu has kept his personal and love life private and there is no relevant information about his wife but there are pictures posted of Moumi with his son on his Instargram account.

Moumi Ngamaleu owns a Mercedes and a Porsche Cayenne. No revelant information is available about Ngamaleu’s house in Switzerland or in his home town Cameroon.