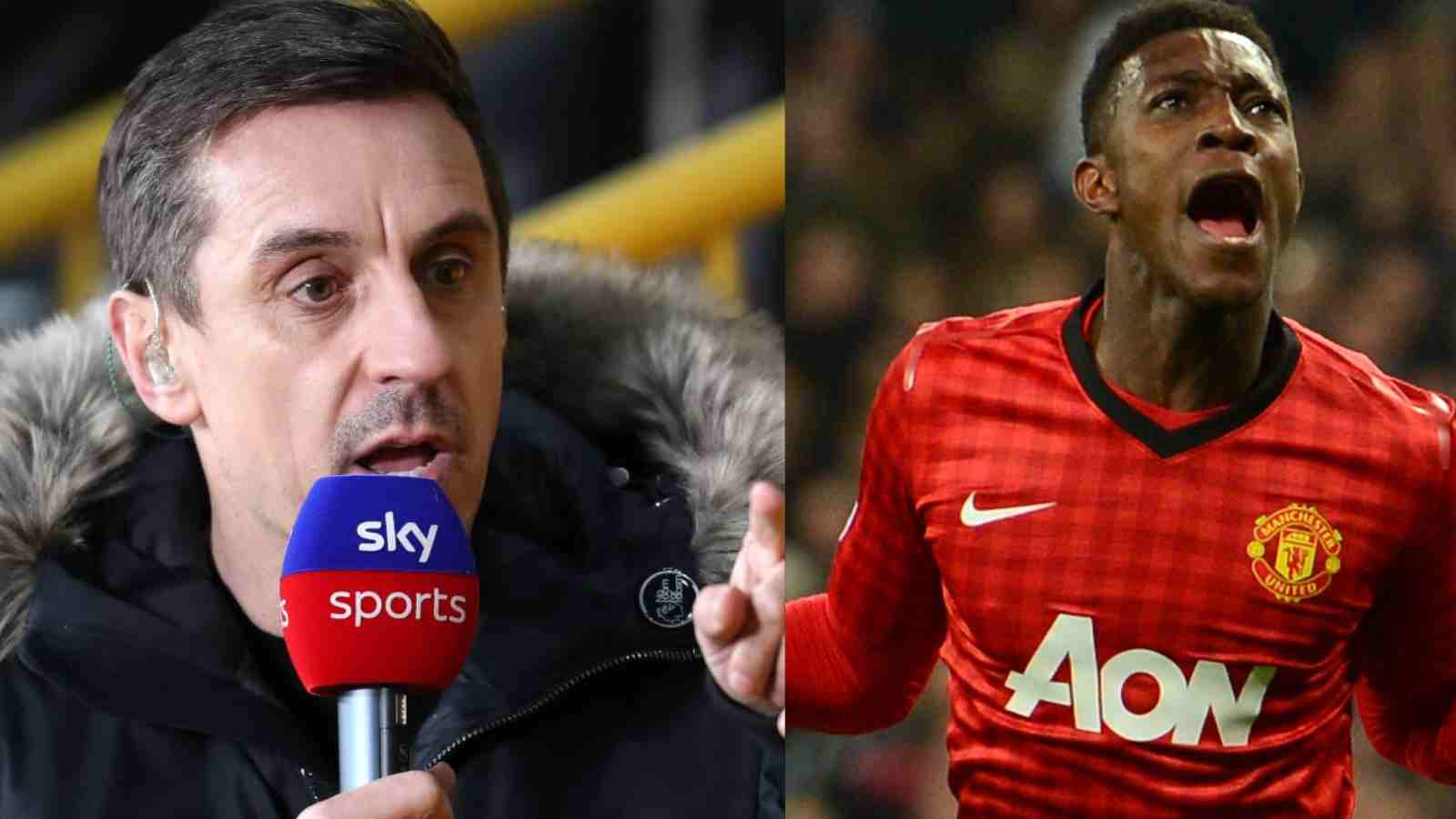 After seeing Manchester United academy player Danny Welbeck make a significant impact for Brighton during their victory on opening day, Gary Neville took a shot at the Red Devils. United missed out on qualifying for the Champions League last season because of their sixth-place finish in the Premier League standings.

With Erik ten Hag being named manager, it led to change in the dugout. Following a challenging assignment against the Seagulls, United suffered a 2-1 loss thanks to two goals from Pascal Gross.

While the German winning the game, Welbeck, with a typically selfless performance up front, set the tone for Brighton. Throughout the entire 90 minutes, he repeatedly troubled United’s captain Harry Maguire and Lisandro Martinez.

Welbeck’s visit to the stadium where his premier league career began may not have resulted in a goal, but the former United striker was close to winning the game’s man of the match honour at Old Trafford.

Also Read: “Cristiano Ronaldo will go down in the top players of all time”- Gary Neville wants Manchester United to let the Portuguese go if he wishes to do so

Erik ten Hag’s Premier League debut as Manchester United manager ended in defeat as a first-half double from Pascal Gross fired Brighton to a 2-1 victory at Old Trafford. Trossard fed a delicious pass inside Harry Maguire for Danny Welbeck to latch onto before the former United striker pulled the ball across goal for Pascal Gross to stroke into an empty net at the far post.

Graham Potter’s men then stunned Old Trafford into silence as Gross grabbed his second of the afternoon. A sweeping move from the visitors fed Solly March on the right and, when his driven effort was parried out by David de Gea, Gross reacted first to slam the rebound into the roof of the net.

Sanchez flapped at the corner, with the ball bouncing off Dalot’s shoulder before trickling towards the goal. Alexis Mac Allister looked to have scrambled the ball clear of danger, but, in aiming to atone for his earlier mistake, the Brighton goalkeeper knocked the ball off his teammate and across the line. The match ended 2-1 win for the seagulls.

Also Read: “You cannot speak for African national teams like this”- Kaliduo Koulibaly hits back at Napoli President over his ‘not signing’ African players remarks