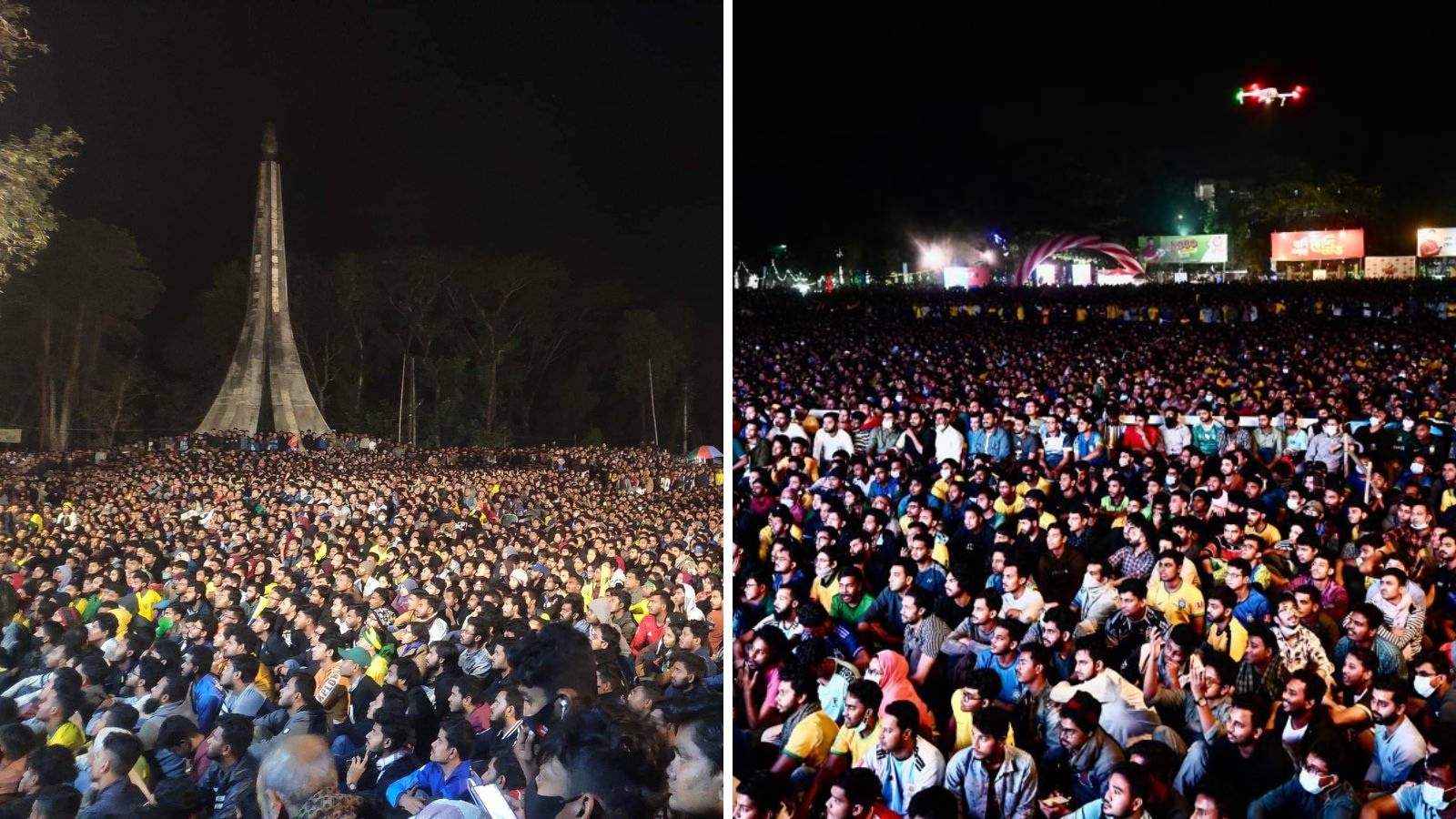 The world cup fever is still on and fans are gathering in large numbers to watch their favorite teams play. The latest in the list of countries to witness a huge crowd of fans is Bangladesh. The Chittagong University in Bangladesh recently saw a huge crowd of Brazilian fans gathering to support their team during the World Cup.

The crowd was so huge that it was hard to move around the university grounds. The atmosphere was electric and the fans were cheering and singing throughout the match. It was a sight to behold and a testament to the dedication and passion of the Brazilian fans.

Also Read: “Everyone should show more respect to one of the greatest athletes,” Mesut Ozil criticizes media for continuous onslaught of Cristiano Ronaldo

In 1986, Brazil and France were pitted against each other in the World Cup and the match ended in a 1-1 draw after regulation time. The two teams had to proceed to a penalty shootout to determine the winner and unfortunately, France emerged victorious 3-2. This was the only time Brazil has been defeated in a World Cup penalty shootout.

The team then went to the penalty shoot-out in the 1994 World Cup Final, where they emerged victorious over Italy with a score of 3-2. They would go on to repeat the feat in the semi-finals of the 1998 World Cup, defeating the Netherlands 4-2 after the game had been deadlocked at 1-1 after extra time. Brazil’s last penalty shootout was in 2014 against Chile, where they triumphed 3-2. Croatia has been three times in a position where its fate was determined through a penalty shootout in the recent past.

In the 2018 World Cup Round of 16, Croatia triumphed over Denmark 3-2 in a penalty shootout after the score finished 1-1 after extra-time. Ivan Rakitic scored the decisive penalty kick, while Milan Badelj and Josep Pivaric missed for Croatia. In the following match Croatia encountered Russia, resulting in a 2-2 draw after 120 minutes of play. Croatia then went on to win the shootout 4-3, with Mateo Kovacic being the only Croatian to not convert from the spot.

Croatia was tasked with a decisive penalty shootout for the third time in the 2018 World Cup during the Round of 16 against Japan. After two hours of play, the score was equalized at 1-1, and Croatia emerged victorious with a 3-1 victory in the shootout. This achievement has secured Croatia an unbeaten record of three out of three in penalty shootouts, while Germany is the only other team to have won all four of their shootouts.

Also Read: Manchester United Board of Directors refuses to give The Glazers the semi-annual dividends amidst the owners’ decision to sell the club

Also Read: “I see more respect from outside the than there,” Kaka slams Brazilians for their lack of respect and support towards the national team amidst the 2022 FIFA World Cup