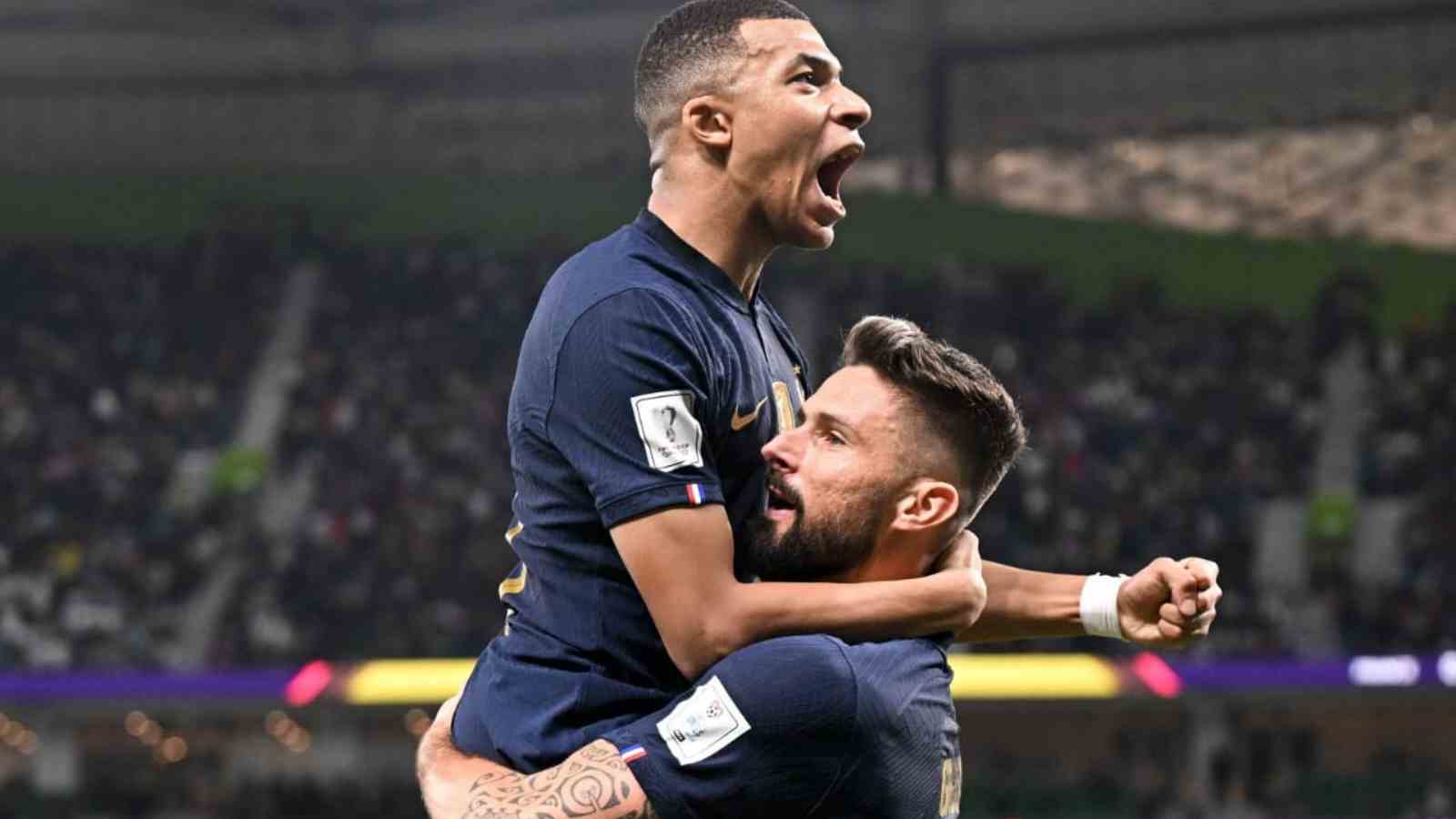 The France national team was praised by President Emmanuel Macron following their 3-1 victory against Poland in the round of 26 stages of the 2022 FIFA World Cup. The French president took his excitement to Twitter as he tweeted “In the quarters” after the full-time whistle.

The French national team cruised past Robert Lewandowski‘s side and will face either England or Senegal in the quarter-finals of the FIFA World Cup. A moment to be proud of, Emmanuel Macron took advantage of this occasion to extend his support to all the French stars defending their World title in Qatar.

The defending champions took the lead at the brink of half-time after Olivier Giroud scored from inside the box. France did not look back after Giroud’s record-breaking goal as they reserved their spot in the last 8.

Even after missing prominent personalities like Paul Pogba and Kante, the France national team is putting up solid team displays in Qatar. Kylian Mbappe has also been phenomenal in this tournament as he has already scored 5 goals in the 2022 FIFA World Cup

Read more-“I’m strong, with a lot of hope,” Pele shares an update on his health amidst his critical condition

The reigning champions cruised past Poland who came second in Group C of the World Cup. Courtesy of Kylian Mbappe’s stunning performance, France dominantly reserve their place in the quarter-finals of the FIFA World Cup. Although Poland saw a lot of ball throughout the 90 minutes, they were unable to find a decisive moment to trouble France.

Kylian Mbappe assisted the first goal and scored the other two in France’s 3-1 victory. Robert Lewandowski also scored a penalty in the dying moments of the game to register the second FIFA World Cup goal of his career. Hugo Lloris saved Lewandowski’s first attempt at goal but was off his lines.

The Polish captain did not miss from the spot the second time and scored a consolation goal for Poland as they return home after a disheartening loss at the Al Thumama stadium.

Also Read-“Messi is the man”- Andy Murray, Piers Morgan, and others hail Lionel Messi after his brilliant performance in the 2022 FIFA World Cup pre-quarters