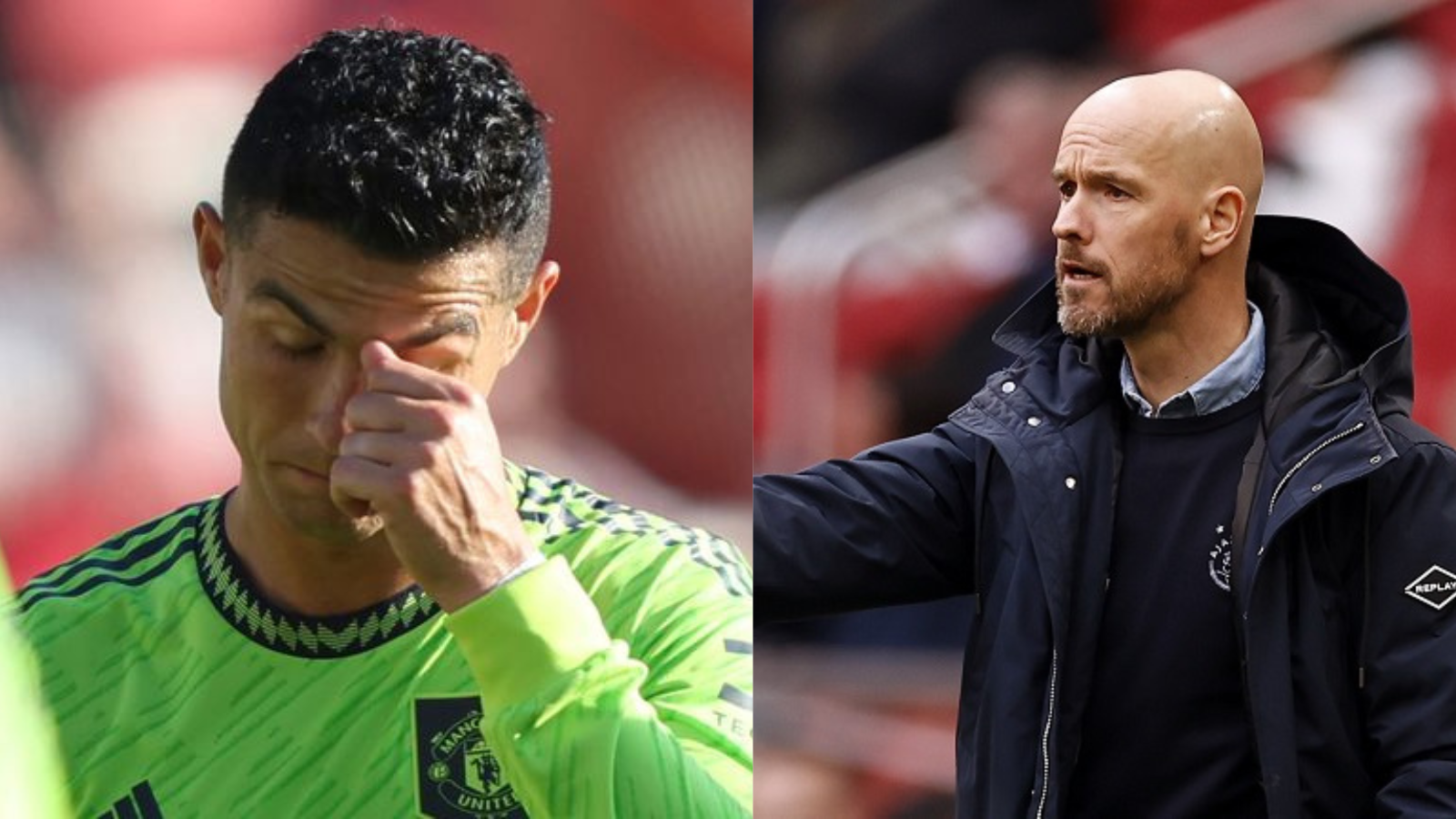 Due to worries about how Cristiano Ronaldo’s attitude is impacting team spirit, Manchester United may allow him to depart Old Trafford during the current transfer window.

Cristiano Ronaldo, 37, has not been put up for sale and is still a part of manager Erik ten Hag’s plans, according to his public statements. Senior figures have been concerned, unfortunately, by how quickly the overwhelmingly positive vibes that were spread throughout the camp following a fruitful pre-season tour to Australia and Thailand have simmered down.

The Portuguese player’s contract, which he signed when he rejoined the team from Juventus less than a year ago, has one year remaining on it. but desires that United permit his departure this summer. A portion of the overall picture has been attributed to Ronaldo, despite the fact that United was clearly deeply upset by their subsequent Premier League losses to Brentford and Brighton.

The Portuguese man is reported to be a disruptive influence at the club, rarely interacts with his teammates in the canteen, and has made it clear that he wants to leave.

In line with sources

According to sources, there won’t be any improvement in United’s current problems until Ronaldo leaves, and some people think that even if the forward left without a substitute, the general boost would result in a major improvement in overall performances.

Before the transfer window closes on September 1st, Ten Hag, Richard Arnold, the CEO, and John Murtough, the football director, are debating this problem. United, who has no victories, is presently last in the Premier League and will play Liverpool on August 22.

Gary Neville, a former United defender, remarked on Monday on Sky Sports:  “There is a massive decision to make on Ronaldo. He is obviously not happy, the problem is if they lose him there is nothing left in the goalscoring part of the pitch. I genuinely think if he leaves and they don’t bring people in they could finish bottom half of the table.”

Five-time Awarded the Ballon d’Or Ronaldo led United in scoring last season and ended third in the Premier League, but the team finished sixth and failed to qualify for the Champions League. Last month, Chelsea cut off their pursuit of the youngster, who has also been linked to Atletico Madrid and Bayern Munich. Atletico fans have persuaded their club to remain out of negotiations to sign Ronaldo.

Also Read: FIFA suspends All India Football Federation and takes away the country’s right to host U17 women’s World Cup