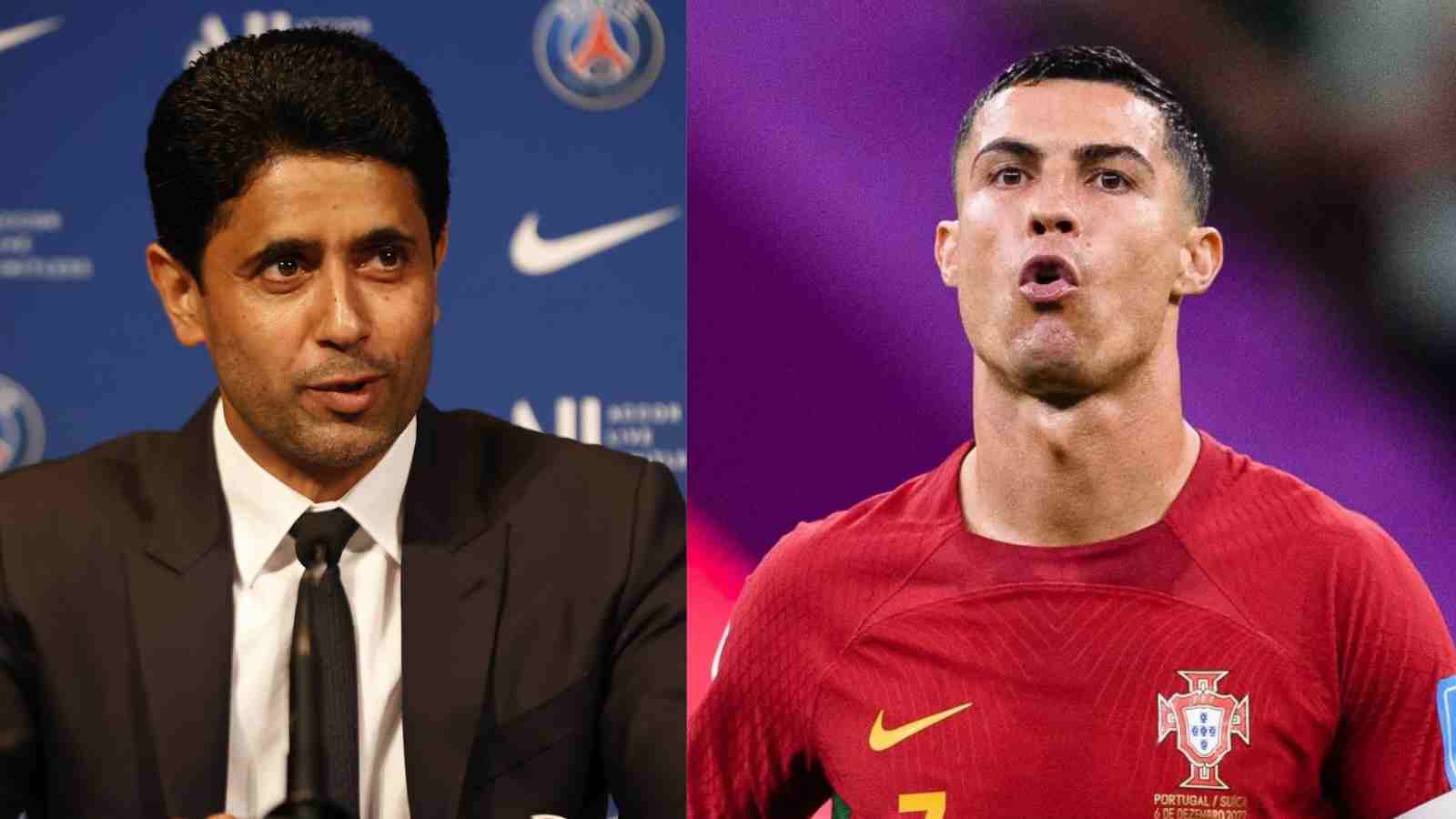 Ronaldo’s stint with Manchester United has ended and the Portuguese striker is currently looking for a new club as a free agent. Ronaldo may find it difficult to find a team willing to pay his wages at the age of 37, but Fabrizio Romano recently revealed that Ronaldo’s agents are now assessing a Saudi Arabian club offer of $200 million per year.

However, after dominating Europe for so long, Ronaldo could not be eager in moving to Saudi Arabia because he will definitely still think he can compete in the Champions League. Now PSG president Nasser Al-Khelaifi has stated that it is “difficult to consider Cristiano Ronaldo” when the club already has Kylian Mbappe, Neymar, and Lionel Messi.

The idea of signing the 37-year-old veteran on a free transfer has thus been blown out of the sky by the chairman of Qatar Sports Investments, despite the possibility that Argentine sensation Messi may leave the club next summer. He told Sky in a recent interview: “Signing Ronaldo? The three players that we have [Messi, Neymar and Mbappe] it’s very difficult to think about Ronaldo. I wish him all the best. He’s fantastic and he’s still an amazing player.”

Why PSG are not interested in free agent Cristiano Ronaldo?

Messi’s contract with PSG expires at the end of the season, and he has not shown any signs of extending it after 18 months in France. Now that Inter Miami is optimistic about clinching Messi on a free transfer, it would be possible for Ronaldo to take his place at Parc des Princes. However, after hiring Luis Campos as their football advisor earlier this year, PSG is reportedly abandoning its previous policy of bringing in megastars.

With reference to a January transfer, Ronaldo has now refuted rumours that he has a deal with Saudi Arabian club Al-Nassr. The five-time Ballon d’Or winner wants to concentrate on the World Cup and helping Portugal win the competition after leaving Manchester United by mutual consent. After that, he will have to work with super-agent Jorge Mendes to identify his next challenge.

Also Read: “They sacrificed themselves for me”- When Morocco’s Achraf Hakimi recalled her mother’s contribution in helping him become a football player

Also Read: WATCH: US striker does pole dance wearing a Netherlands jersey after his nation’s defeat at 2022 FIFA World Cup