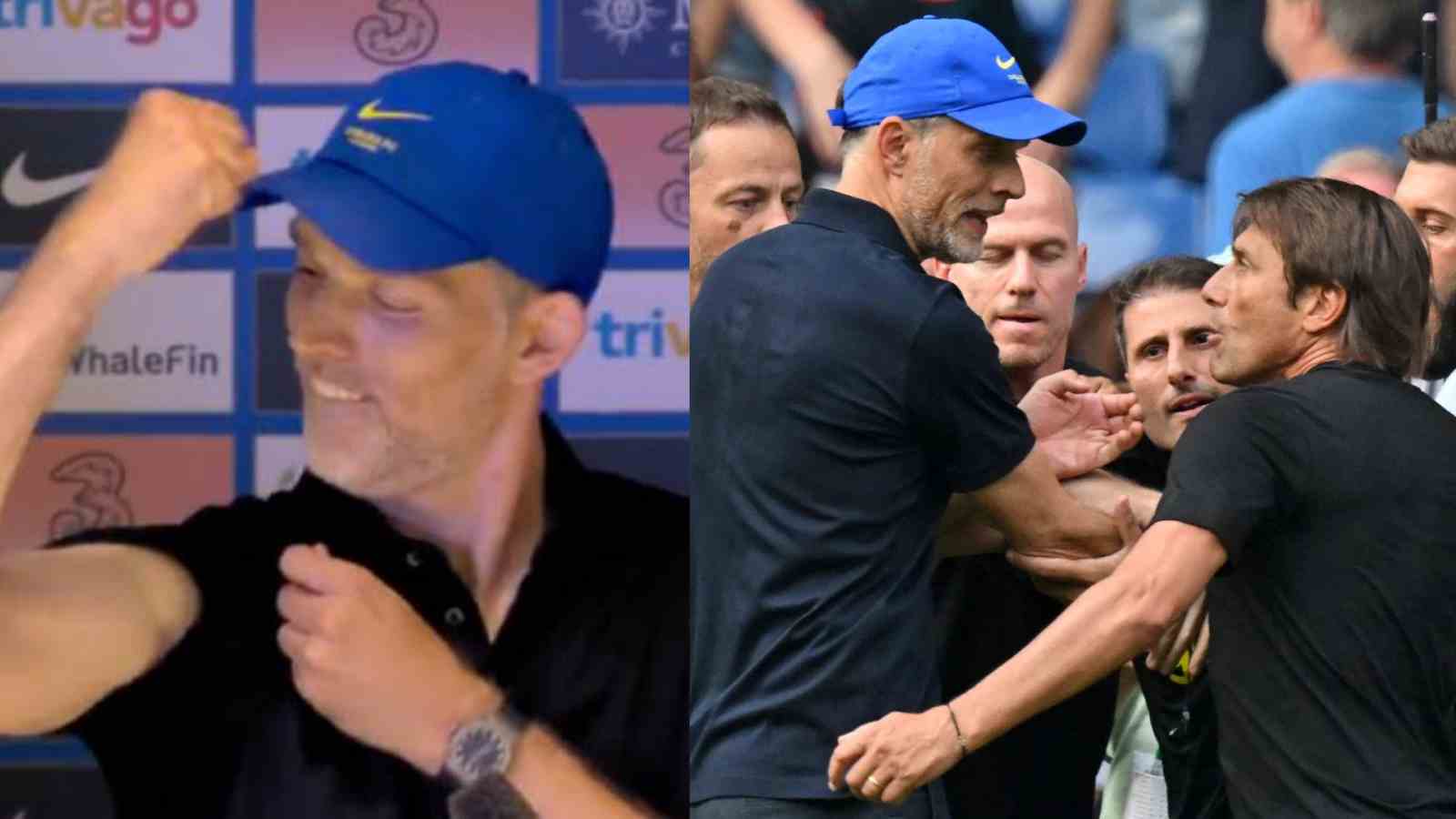 During yesterday’s action-packed 2-2 draw at Stamford Bridge, Chelsea boss Thomas Tuchel and the equally animated Antonio Conte got into a number of touchline altercations. Tuchel was also in a good mood following the full-time whistle.

In fact, before addressing the media, he mockingly sent a message to the Italian by flexing his bicep. Let me give you the latest information if you missed Sunday’s game, which was a classic. Kalidou Koulibaly, a recent addition to Chelsea, gave them the lead before Pierre Hojbjerg tied the score for Spurs with a long-range goal.

In the meantime, Tuchel was upset about a possible foul on Kai Havertz prior to Hojberg’s goal. He and Conte got into a fight, and both coaches received yellow cards as a result. The drama continued after that. With just over 10 minutes left, Reece James’ goal past Hugo Lloris gave Chelsea the lead once more. A delighted Tuchel then ran down the touchline in the style of Jose Mourinho.

Tottenham talisman Harry Kane headed in a corner with seconds left to make it 2-2. Following a chilly handshake, Conte and Tuchel began to argue once more shortly after. The referee Anthony Taylor had to physically separate the German from Conte after he wouldn’t let go of his hand, and both managers were given their marching orders.

Also Read: “You cannot speak for African national teams like this”- Kaliduo Koulibaly hits back at Napoli President over his ‘not signing’ African players remarks

Chelsea boss Thomas Tuchel expressed this opinion on the incident

After the match, Tuchel spoke about the incidents. He told Sky Sports: “When you shake hands I thought we look into each other’s eyes but we had a different opinion so it was emotional. He was happy when they equalised, and it got a bit heated but nothing big.“

“It’s emotional. You like it. We don’t need comments now. It was heated up and heated up. Just look at it. It’s the Premier League, it’s the game. You love it, no? We love it. We are emotional coaches.”

Antonio Conte, meanwhile, posted a message to Tuchel on Instagram. “Lucky I didn’t see you…making you trip over would have been well deserved…”

Also Read: “We will see who lied”- Fabrizio Romano still confident of Marc Cucurella deal to Chelsea despite Brighton denying any such rumors