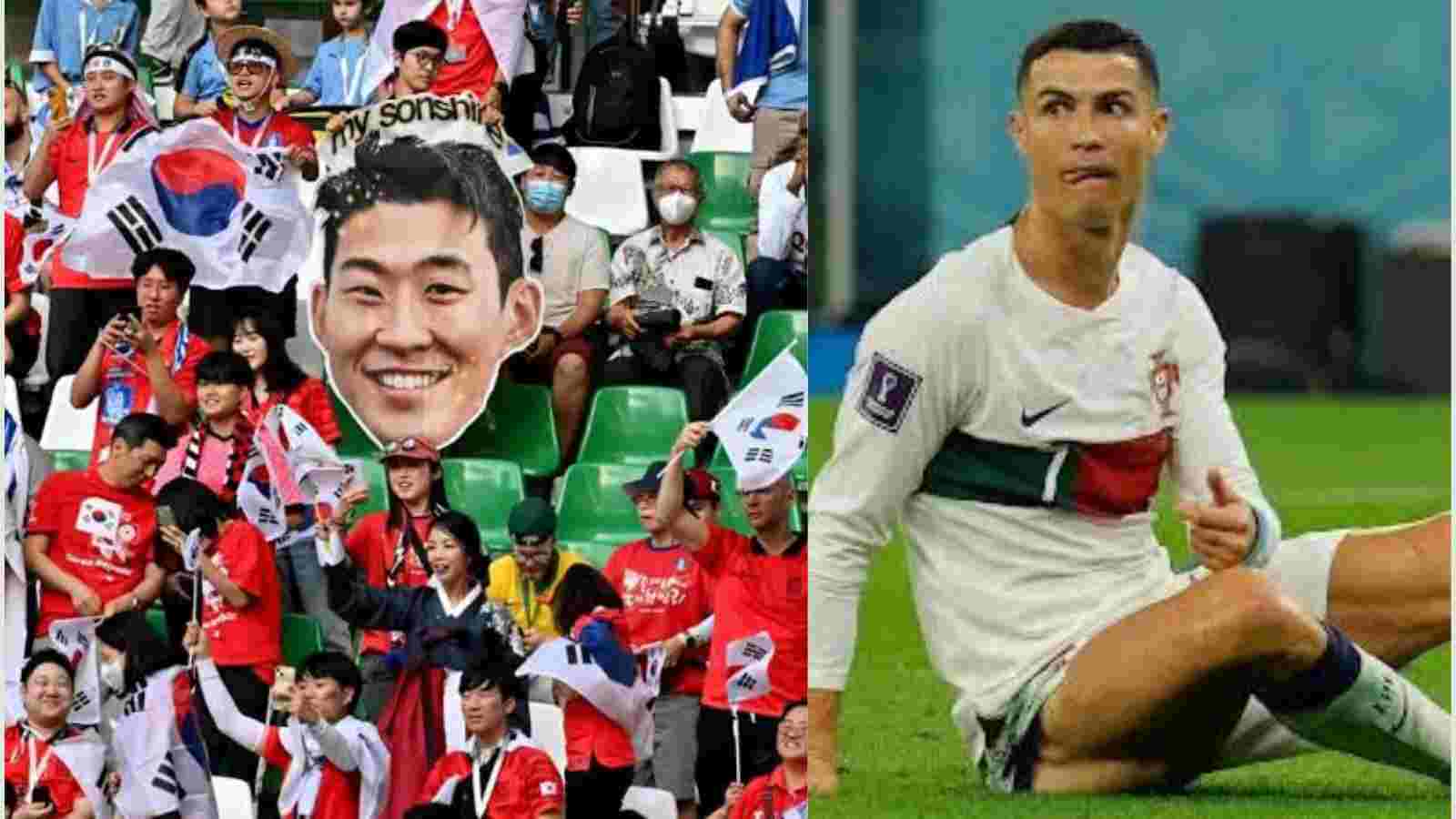 Cristiano Ronaldo assisted on a goal in Portugal’s 2-1 setback to South Korea on Friday at the 2022 FIFA World Cup. Ronaldo’s challenge was that his header from a corner kick allowed South Korea to equalize via Kim Young-Gwon. Ronaldo was slammed by fans for being part of the goal subsidy since he placed his head on the ball to develop this goal, as opposed to the one he attempted to assert against Uruguay, which was finished by Bruno Fernandes.

South Korean fans celebrated their country’s qualification for the round of 16 at the FIFA World Cup in Qatar. They only kept chanting, twirling, and whacking their drums. And they won’t be able to resist enjoying this historic triumph for a long time.

Also Read: “Don’t tell me we are out because we have less quality than Japan,” Toni Kroos disappointed with Germany’s early exit from the 2022 FIFA World Cup

The slow journey to the sideline summed it up perfectly. Cristiano Ronaldo was displeased, which was entirely understandable. Considering his recent history, it was a bit surprising to have the five-time Ballon d’Or champion start in the match against South Korea, and he may be wishing he hadn’t. Ronaldo had a dreadful evening, having only three touches during the first quarter.

Ronaldo’s blunder on South Korea’s equalizer empowered the Asian team to re-enter the match. South Korea earned a late game-winner to progress to the knockout round, effectively ending Uruguay’s likelihood. Ronaldo played for 65 minutes in the destruction. He was ineffective in the final third, and his greatest advantage yielded in a shot that surged beyond the South Korean goal.

Following that, Ronaldo battled to remain onside and featured to exchange words with Cho Gue-Sung before grudgingly leaving the ground shortly after the hour mark. It’s harmless to conclude that the significant Ronaldo is yet to show up in Qatar, where he desires to overtake Eusebio as Portugal’s all-time leading World Cup scorer.