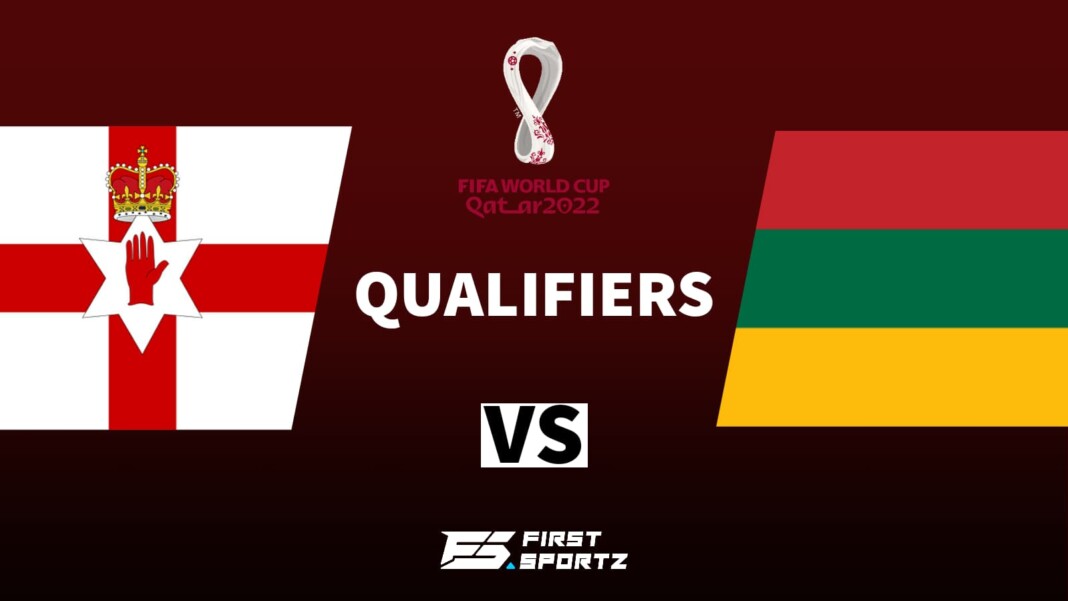 In the seventh game of the group stage of the World Cup 2022 Qualifiers, Northern Ireland host Lithuania. Both teams are on the verge of elimination and need three points.  Ahead of the Northern Ireland vs Lithuania game, here is our preview, prediction and live-streaming details.

Northern Ireland featured in the FIFA World Cup 2018 and were known for their viking clap celebration despite the losses in their respective games. However, they are finding it difficult to qualify for the 2022 edition and are struggling to get three points. They face Lithuania who are on the same boat at the moment.

Northern Ireland host Lithuania at Windsor Park in the World Cup Qualifiers. Windsor Park is also known as Belfast Park and has the capacity to accommodate 18,500 fans on the match day.

Though both are not out of the tournament, Northern Ireland and Lithuania need a luck factor as well to proceed to the next stage. On Friday, we can expect a tough battle between two sides ending up with a point apiece.

The game between Northern Ireland vs Lithuania is available for the football fans on Sky Sports Main Event and Sky Sports Football. The fans can follow the game on the national team social media handles as well. Indian fans do not have any live streaming of the game.