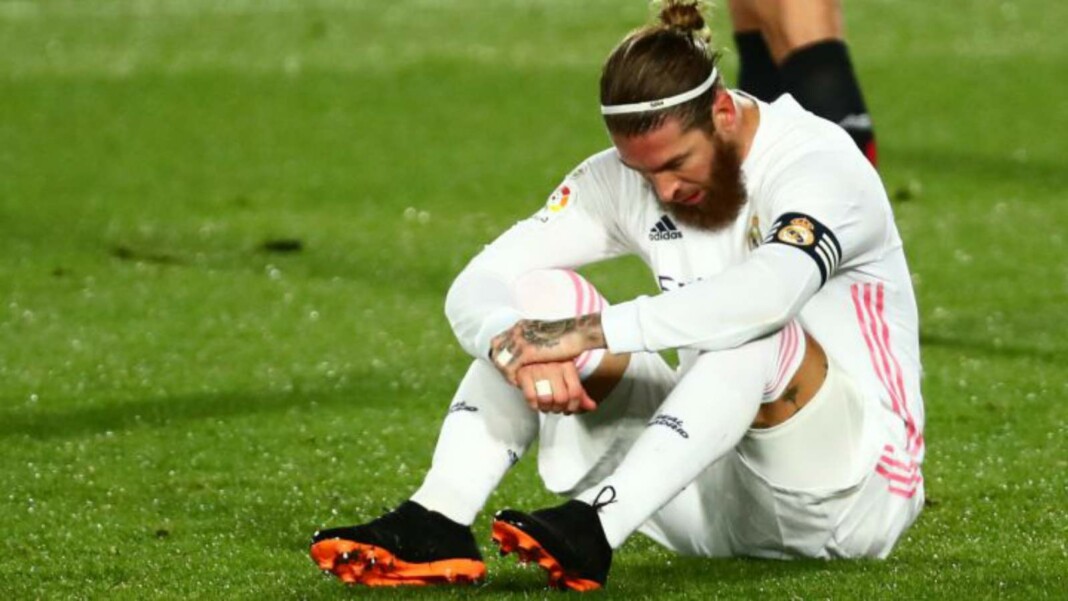 Paris Saint Germain’s marquee defender signing Sergio Ramos has yet to make his debut, after continuously struggling with injuries since making the move to the French capital this summer. The former Real Madrid captain’s injuries are now starting to frustrate the club as they feel he would never fully return to 100 per cent fitness in the near future.

Sergio Ramos’ injury troubles began in his final season at Real Madrid where he hardly played for the Spanish club in the final stages of the season, after being sidelined with a calf injury.

He returned for a single match, which happened to the second leg of the UEFA Champions League semi-final against Chelsea and the move seemed a bit rushed at the moment.

It has proven to be a disaster ever since and the Spaniard continues to work off the pitch and a return date for the skipper is yet to be known. The major worrying part about the injury is the fact that it looks to have spread to his knee as well and the medical team at the club have not been able to fix a date when he would eventually make his debut.

However, as there’s always light at the end of a tunnel, in a recent video posted by Ramos, he was seen working with the ball at his feet along with a member of the support staff and the long wait for all Paris fans, might be over in the coming weeks.

Speaking after Paris’ 2-1 victory against Lille at the weekend, the club’s sporting director urged that they had signed him knowing all the consequences his injury might carry saying, “for Ramos, we knew everything.”