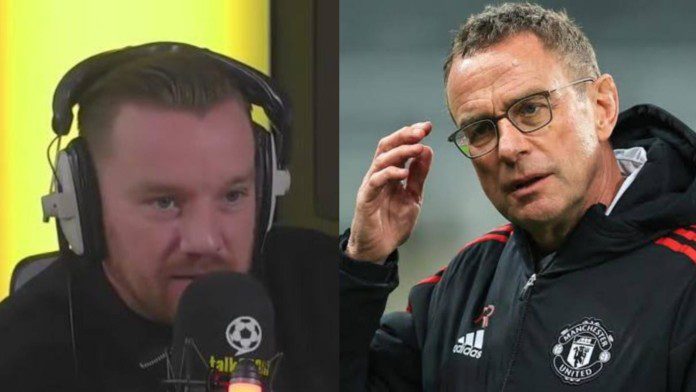 Manchester United has faced a series of criticism after their dismal performance this season which seemed to have taken a major direct impact on the players, taking their morale down with every small mistake that they make.

Manchester United players have agreed and it is seen in their gameplay that they are finding it difficult to cope up with the pressing and two centre forward formation of Ralf Rangnick.

Cristiano Ronaldo has also not been with the team’s performance as the Portuguese say that many players in the squad do not possess the enthusiasm and effort required to win a match which also went on to be a controversial topic as a result of which Manchester United’s captaincy is rumoured to be changed again in the absence of Harry Maguire.

Jamie O’Hara in his recent TalkSport podcast said regarding the impact the German is currently having in Manchester United, he said, “I m really not sure about Rangnick though, I don’t get it that someone who’s come in, this professor of football like there is already great coaches at Manchester United.”

“You telling me there is not already amazing coaches through the Manchester United academy? Of course there are this is one of the biggest clubs in the world and this guy has come in trying to change something. It’s really is not rocket science, your get good players working hard, you get them organised.”

“I don’t think he is the guy…he has never had a big job so that says something and it’s a little bit different doing it for Red Bull Salzburg or the clubs where he has done it. This is Manchester United, it’s a whole different ball game and I think he is struggling.”

Also Read: “Rafa was never going to work but I don’t think he was the problem,” Tottenham midfielder criticizes the pitiful condition of Everton 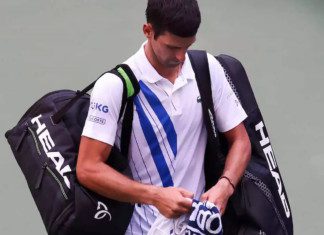 Sarthak Shitole - May 11, 2022
World No. 1 Novak Djokovic's woes continue this season as the Serbian continues to suffer setbacks on various levels. Having just become a regular...