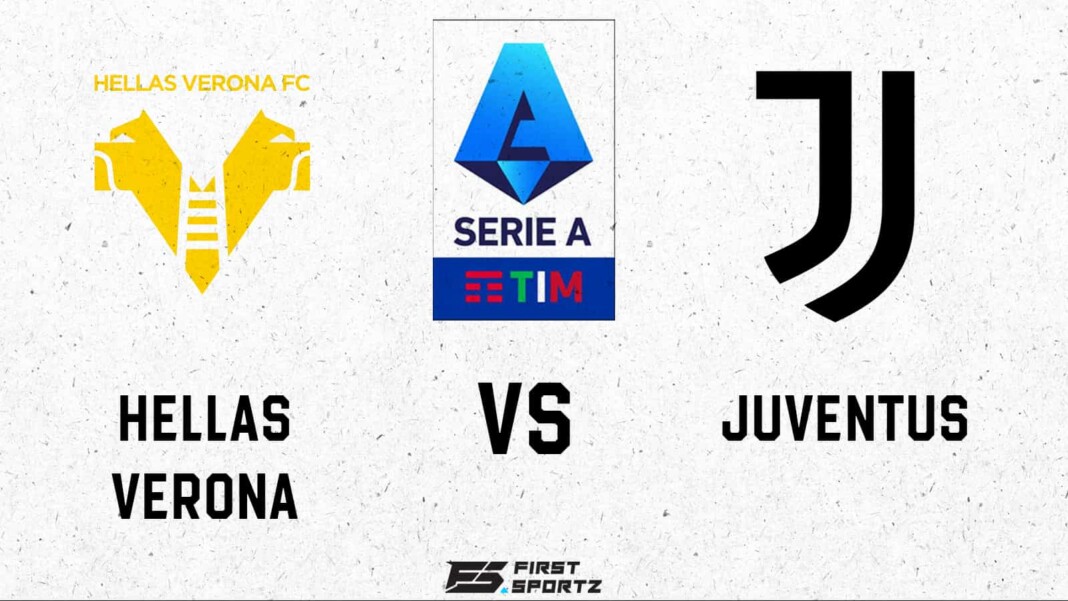 Matchweek 11 in the Serie A sees Hellas Verona go head to head against Juventus at the Marcantonio Bentegodi Stadium on Saturday 30th October. Ahead of the game here is our Hellas Verona vs Juventus live stream, preview and prediction details.

Hellas Verona rescued a point against Udinese in their last game in a 1-1 draw away from home. Former Watford player Isaac Success gave Udinese the lead in the 3rd minute of the game. However in the second half Antonio Barak scored a penalty in the 83rd minute after he was fouled by Udinese’s Rodrigo Becao. Verona were lucky to come away with a point as they were restricted to just 5 shots compared to the host’s 16.

Juventus suffered their third loss in the league as they lost 2-1 against Sassuolo at home. Davide Frattesi scored just minutes before halftime whistle to give his side a precious 1-0 lead over the Biaconeri. However Weston McKennie equalised scoring a header from an inch perfect cross from Paulo Dybala which the Sassuolo keeper failed to prevent it form going in after getting a hand to it.

Sassuolo’s Maxime Lopez came up clutch for his side as he chipped Juventus keeper Perin after latching onto a pass from Berardi. It was Sassuolo’s first win at the Allianz Stadium. Juventus are now 13 points adrift of leaders Napoli in first place.

Hellas Verona will host Juventus at the Marcantonio Bentegodi Stadium in Verona, Italy. Hellas Verona shared the ground with Chievo Verona until the last season. It has a total capacity of 39,211 seats however out of which only 31,045 are approved which makes it the eighth largest stadium in Italy.

Hellas Verona were victorious at home last time against Lazio and will hope for the same when they face Juventus on Saturday. Max Allegri’s men were not up to their task it seems against Sassuolo. However we feel that this is the perfect opportunity for Verona to record a crucial win over Juventus. Hence we predict a win for home side Hellas Verona in this game.