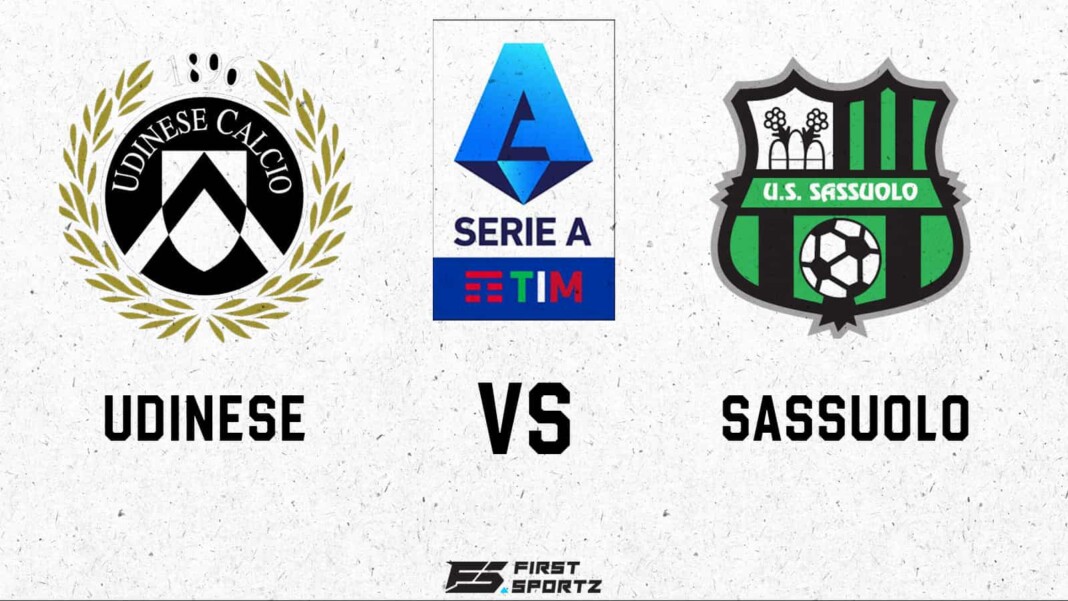 Udinese go head to head against Sassuolo in matchday 12 of Serie A on Sunday 7th November. Ahead of the game here is our Udinese vs Sassuolo live stream, preview and prediction details.

Udinese were beaten 2-0 by Inter at the San Siro in their last game. Lazio loanee Joaquin Correa scored a eight minute brace in the second half and it was enough for the champions to beat a Luca Gotti’s side on the night. The loss against Inter means that Udinese failed to win a single league game in the month if October with 4 draws and 1 loss in the five games played. Their last league win came back in September winning 1-0 against Fiorentina. They are 14th in the table with 11 points.

Sassuolo were surprisingly beaten 2-1 by Empoli having coming off victories against Venezia and Juventus in their previous two league games. Sassuolo were the better side of the two in the first half and finally took thr lead just 2 minutes before halftime as Hamed Traore’s shot took a slight deflection off Empoli’s Lorenzo Tonelli beating the keeper at his near post.

Sassuolo failed to put away their chances in the second half and it came back to haunt them as Andrea Pinamonti scored a penalty after Patrick Cutrone was fouled by Vlad Chiriches. Substitute Szymon Zurkowski snatched a late 92nd minute winner as he tapped in from close range with the Sassuolo defenders failing to pick up the 24 year old midfielder.

Udinese will host Sassuolo at the Stadio Friuli in Udine, Italy. It is known as Dacia Arena for sponsorship reasons. It a UEFA category three stadium and has a total capacity of 25,144 seats.

Udinese are desperate to get back to winning ways and a win against Sassuolo will be a huge boost however Sassuolo were punished by Empoli in a game where they had more than one opportunities to put the game to bed. It will be an interesting matchup however we predict a win for the away side Sassuolo in this game.